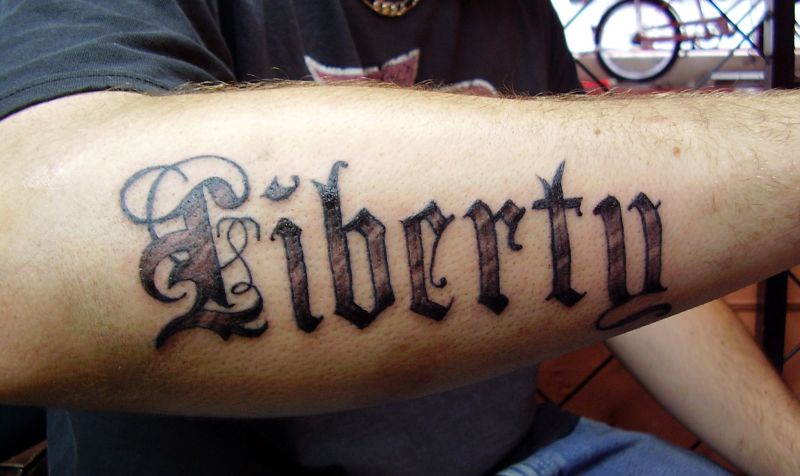 The FBI is working with researchers to develop a state of the art program that will allow law enforcement to track and sort people based on their tattoos. An Electronic Frontier Foundation investigation reports that the new software allows officers to identify an individual “affiliation to gangs, sub-cultures, religious or ritualistic beliefs, or political ideology.”

Cataloging tattoos and knowing what tattoos mean is not a new law enforcement tool. In fact, any good investigator will know the symbols and slogans associated with any particular group they are investigating. But this goes a bit further into territory that can only be described as Orwellian.

The feds want this new software to decipher tattoos which “contain intelligence, messages, meaning and motivation.” Secret messages? Perhaps if you’re in MS-13; but this isn’t limited to gangs. The technology, which was first developed by the National Institute of Standards and Technology in 2014, would “map connections between people with similarly themed tattoos or make inferences about people from their tattoos,” the EFF reports.

You read that right; the feds want to use a computer program to analyse Americans tattoos and then they want to be able to draw inferences as to individual’s motivations or connect them to other people with similarly themed tattoos. How many white supremacists have American flag tattoos, for instance? Does that mean my own eagle and flag tattoo could link me to groups of individuals I abhor? Possibly.

Last summer I was stopped in Massachusetts by a state trooper while traveling to see my mother. Unbeknownst to me, an old speeding ticket had caused my license to operate a motor vehicle to be suspend by the state. But it seemed evident to me the officer initially stopped me because of my bumper stickers (ISIS Hunting Permit and a Gadsden flag). The officer, knowing he had me illegally operating a vehicle and could bring me in, hauled me out of my car, questioned me about the bumper stickers and then (surprise, surprise) asked me to show him and then cataloged my tattoos. Am I in some state database of anti-government radicals? Is my tattoo is NIST’s file? I have no idea, but the whole thing felt extremely improper and suspect.

A database used to sort people by their religious, political, and sub-culture affiliations feels awfully creepy. Combine with it a computer program that could lump you in with some unsavory groups just because you have a similar tattoo and you have the stuff of Orwell’s nightmares.