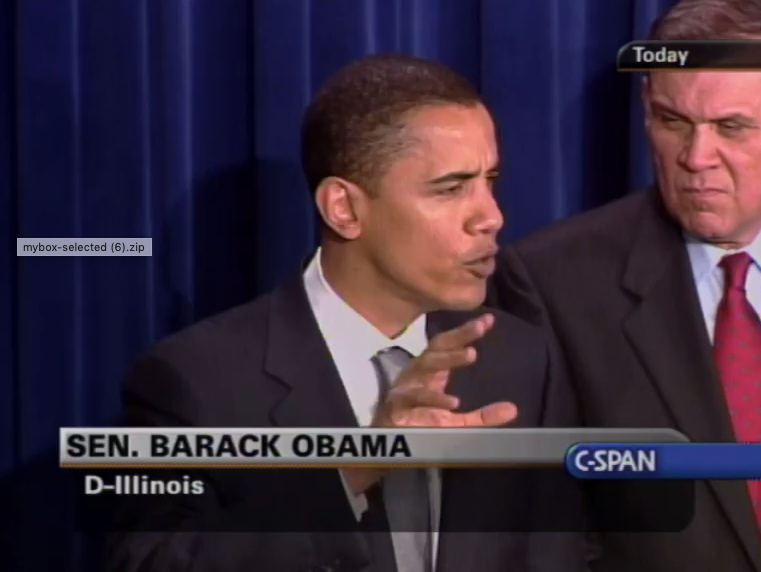 A meme posted on Facebook by David J. Harris Jr., who has nearly 500,000 followers and often posts conservative content, claims that a quote expressing support for stricter border control is attributable to former President Barack Obama. The meme was shared almost 20,000 times.

“Those who enter our country illegally, and those who employ them, disrespect the rule of law. And because we live in an age where terrorists are challenging our borders, we simply cannot allow people to pour into the United States undetected, undocumented, and unchecked. Americans are right to demand better border security and better enforcement of the immigration laws,” reads the quote.

Then-Sen. Obama made the statement while speaking about immigration on the Senate floor on April 3, 2006. While Obama spoke positively of immigrants, he was critical of illegal immigration.

At the time of the speech, the Senate was debating the proposed Securing America’s Borders Act, a bill that would have, among other measures, replaced and expanded fencing along the southern border. A number of senators spoke about the bill and immigration in general, including Obama, then a senator from Illinois.

“Those who enter our country illegally, and those who employ them, disrespect the rule of law. And because we live in an age where terrorists are challenging our borders, we cannot allow people to pour into the U.S. undetected, undocumented, and unchecked. Americans are right to demand better border security and better enforcement of the immigration laws,” he said in the speech.

His actual words were slightly different than the quote attributed to him in the meme – Obama never used the word “simply,” and he abbreviated “United States” during his remarks.

Obama continued his speech by pointing out that “while security might start at our borders, it doesn’t end there,” pivoting to a pitch for immigration reform that addressed illegal immigrants already in the country. They must “acknowledge that breaking our immigration laws was wrong” and pay a penalty before being granted a path to citizenship, argued Obama in the speech.

The bill ultimately died in the Senate.

Obama made similar statements on several other occasions. In a 2005 joint press conference with Republican Sen. Mel Martinez, he advocated for bipartisan immigration reform, at one point stating that “we simply cannot allow people to pour into the United States, undetected, undocumented, unchecked and circumventing the line of people who are waiting patiently, diligently and lawfully to become immigrants in this country.”

In his 2006 book, “The Audacity of Hope,” Obama expressed concern over the economic impact of immigration.

“The number of immigrants added to the labor force every year is of a magnitude not seen in this country for over a century,” he wrote. “If this huge influx of mostly low-skill workers provides some benefits to the economy as a whole – especially by keeping our workforce young, in contrast to an increasingly geriatric Europe and Japan – it also threatens to depress further the wages of blue-collar Americans and put strains on an already overburdened safety net.”

Obama also voted in favor of the 2006 Secure Fence Act, a bill that authorized the construction of hundreds of miles of fencing and barriers along the southern border. The bill passed in the Senate in a 80 to 19 vote and was signed into law that October by President George W. Bush.

Even as Obama opposed illegal immigration, he said at the time that immigrant communities “enrich our cities” and spoke positively about having an “open nation.”

In should be noted that in 2005 and 2006, political opinions on immigration were quite different than they are today. Border security could be considered a bipartisan issue in those days, garnering significant support from both Republicans and Democrats. In 2006, about 40 percent of Democrats were in favor of building a barrier along the entire U.S.-Mexico border, as opposed to less than 10 percent in 2017, according to an analysis by FiveThirtyEight.

As president, Obama left a mixed legacy on immigration.

Yet on the other hand, he crafted and implemented Deferred Action for Childhood Arrivals, or DACA, a program that gave quasi-legal status and work permits to hundreds of thousands of illegal immigrants.

A couple years later, Obama attempted to use another executive action to expand protections for illegal immigrants by implementing Deferred Action for Parents of Americans and Lawful Permanent Residents, also known as DAPA. The program would have protected millions of illegal immigrants from deportation, but it was challenged and ultimately defeated in the courts.

Obama’s rhetoric towards immigration was generally positive during his presidency.

“We define ourselves as a nation of immigrants,” he said in a 2013 public address. “The promise we find in those who come from every corner of the globe has always been one of our greatest strengths. It’s kept our workforce vibrant and dynamic.”

Nonetheless, as Obama continued to push for immigration reform as president, there were still echoes of his earlier remarks.

“Even as we are a nation of immigrants, we are also a nation of laws,” Obama said while announcing DAPA in 2014. “We expect people who live in this country to play by the rules. We expect that those who cut the line will not be unfairly rewarded.”

Have a fact check suggestion? Send ideas to brad@dailycallernewsfoundation.org 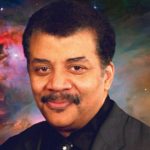 One The Left’s Favorite Scientist Gets #MeToo’d 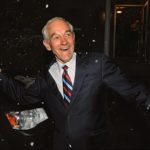 Snowball Fights Legalized in Colorado Town, Thanks to 9-year Old