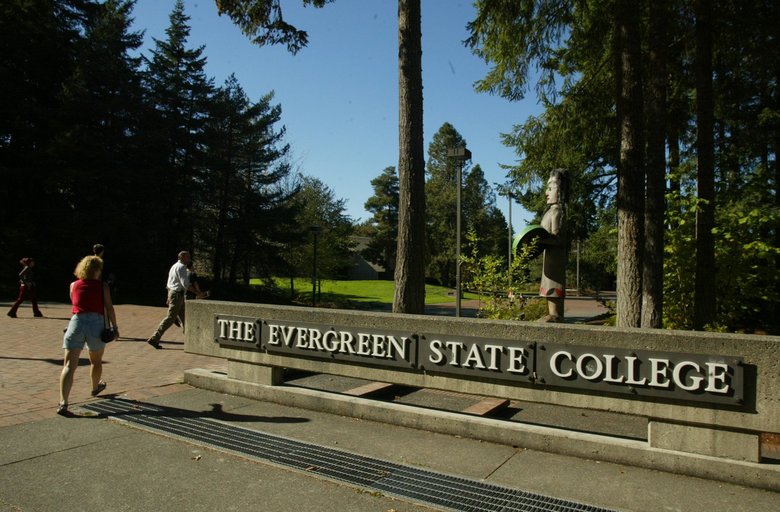 An Evergreen State professor called school president George Bridges an “absolute coward” in an email to the school’s faculty that was published Wednesday.

Mike Paros, a biology and agriculture professor at Evergreen State, urged other faculty members to “walk toward the fire,” saying that the only thing they may lose is their dignity, not their job, in an email sent to faculty June 1. He defended his colleague, Bret Weinstein, who made national headlines after refusing to participate in an event in which faculty and students racially segregated themselves.

“The tale is about two men trying to save Evergreen,” wrote Paros. “One is an absolute coward (Bridges) and the other is an ultimate hero (Weinstein).”

The professor asserts that the Evergreen administration used “fear tactics” to cast those in favor of free speech and those who disagree with the prevailing ideology on campus as “potentially violent.”

Paros explained that while he votes Democrat, he works with livestock owners who are largely Republican.

“[The morning of June 1] was the first time that I was actually nervous coming to campus,” said Paros.  “Not because of threats of white supremacists, but because I was worried that someone on campus would think that I might be one of them.”

He described a talk he had with an Evergreen student who told him that she was ordered to stop talking at a student rally because of the color of her skin. When she refused, bystanders called her a racist.

“To the faculty, too afraid to speak out:  I urge you to walk toward the fire,” wrote Paros. “After all, if this brave student is a bigot, then I guess I am too.  They are just words.  You will not lose your job, but you might lose your dignity.”

“I guess safe spaces can be dangerous places,” the professor concluded.

The Daily Caller News Foundation reached out to Evergreen State for comment, but received none in time for publication.

Ryan Says Trump’s Reaction To Comey Is Understandable, ‘He’s New At This’