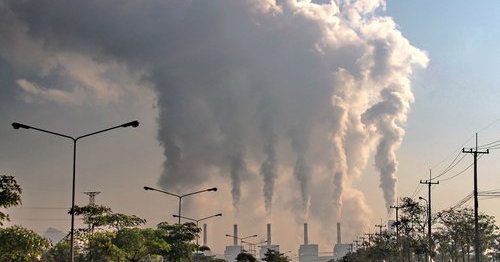 Some environmentalists have labeled California’s new law extending its cap-and-trade system as “institutional racism” that will end up killing thousands of “people of color.”

“The bill also includes a host of other concessions to polluters, including giving away tens of billions of dollars worth of free carbon emissions allowances,” Chan wrote, “and allowing polluters to buy carbon offsets instead of actually reducing emissions.”

FOE tweeted their frustration Wednesday morning. Brown signed the legislation Tuesday over objections from Republicans and even some Democrats that it would raise electricity prices.

The cap-and-trade system began operating in 2012. Large industrial facilities are required to buy state permits in order to emit carbon dioxide. For years, Democrats favored this method as a way to fight global warming.

California’s cap-and-trade system survived recent legal challenges and gained a surge of renewed support from Democrats after President Donald Trump announced he would withdraw from the Paris climate accord.

FOE, however, wanted California to allow local air regulators to impose harsher standards on oil refineries, which the cap-and-trade bill didn’t do. The environmental group claims the failure to do this will end up killing thousands of minorities.

“The 3,000 people that analysis showed would die prematurely if the refinery cap was not put in place,” Chan wrote. “This is institutional racism.”

So, will thousands of people die because of the refinery carve out in California’s cap-and-trade program? It’s not likely.

On the other hand, Californians’ electricity and gas bills will likely increase because of cap-and-trade. Businesses spent $1 billion on emissions permits in 2015.