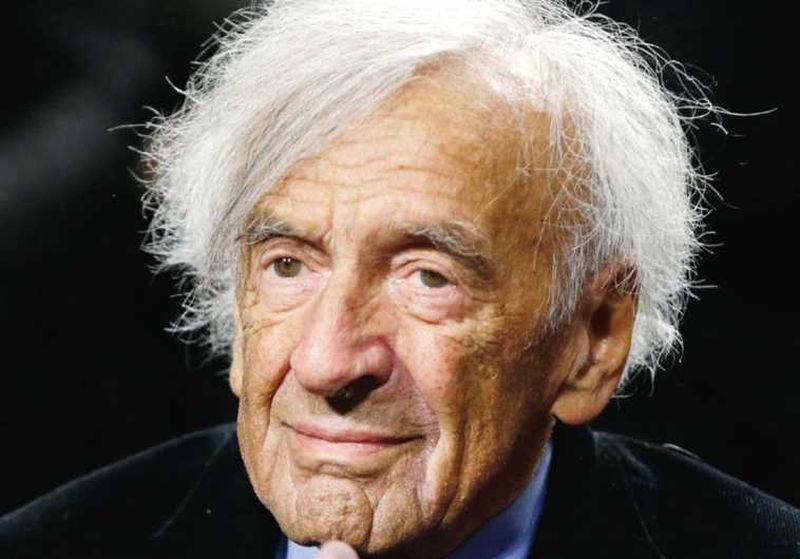 Wiesel’s family said he died Saturday after a protracted battle with an undisclosed illness. Outside the synagogue, a large crowd gathered to pay its respects to an iconic man most of them had never met, but nonetheless admired.

“He was someone who protected us; he interceded against our worst instincts,” said Sarah Bardin, a 44-year-old preschool teacher in attendance, to The New York Times.

Like millions of people across the globe, Bardin was familiar with Wiesel through his famous writing. Wiesel’s most notable work was his book “Night,” a memoir of his experience as a Holocaust victim during World War II published in 1958.

Originally from Romania, Wiesel and his family were sent to the Auschwitz concentration camp in Poland in 1944. Though he was only 15 at the time, Wiesel told his German captors he was 18 in order to not be executed with other children who could not work.

Wiesel was transferred, and later freed, from the Buchenwald camp in Germany in 1945. Of his family of six, only Wiesel and two of his sisters survived the war.

Wiesel went on to have a prolific career as a journalist, writer and professor at the City College of New York, followed by a position at Boston University. He would spend his entire life as an advocate for world peace and for those who did not survive the Holocaust, though he once admitted he had difficulty finding the words for “Night.”

Wiesel’s advocacy earned him a Nobel Peace Prize in 1986.

“From the abyss of the death camps he has come as a messenger to mankind, not with a message of hate and revenge, but with one of brotherhood and atonement,” said Egil Aarvik in a speech during Wiesel’s presentation ceremony.

Though Wiesel’s friends and family noted his significant accomplishments as a spiritual leader, they also spoke on his qualities as a father and friend. Former television journalist Ted Koppel noted Wiesel’s delightful sense of humor and how the two would find ways to make each other laugh over their decades-long friendship.

Per Jewish custom, Wiesel’s body was placed in an ordinary pine box draped with a blue velvet cloth. He was interred at Sharon Gardens cemetery Sunday afternoon.

Those who had the opportunity to hear Wiesel speak will remember the remarkable power in his words. Despite his soft voice, Wiesel spoke with a calm conviction that commanded the attention of his listeners.

Wiesel is survived by his wife, Marion, his son Elisha and two grandchildren.