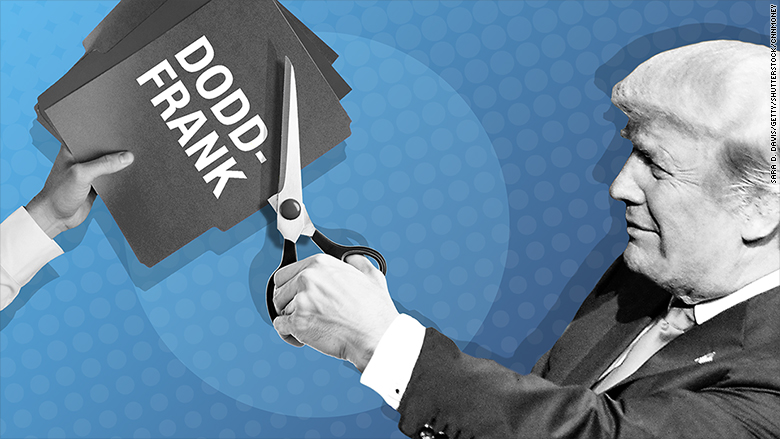 Members of the House banking panel revealed a 600-page proposal Wednesday evening to roll back the Dodd-Frank Act.

The bill is the most aggressive plan so far by Republican leadership in Congress to loosen financial regulations after the financial crisis of 2007. President Donald Trump has taken the lead thus far for Republicans on banking and regulatory reform, signing multiple executive orders in February aimed at repealing Dodd-Frank and other rules. (RELATED: Trump Signs Executive Order To Rip Up Dodd-Frank Disaster)

Chairman of the House Financial Services Committee, Republican Rep. Jeb Hensarling of Texas set a hearing for April 26 to discuss the details of the proposal.

“Republicans are eager to work with the president to end and replace the Dodd-Frank mistake with the Financial CHOICE Act because it holds Wall Street and Washington accountable, ends taxpayer-funded bank bailouts, and unleashes America’s economic potential,” Hensarling said Wednesday in a statement.

Hensarling and the Trump White House share the sentiment that policies instituted to address the causes of the so-called great recession have largely failed to accomplish that objective.

Dodd-Frank was originally intended to increase transparency by implementing a consistent set of regulations aimed at closing loopholes and making firms accountable for their own mistakes. The bill attempted to shift the burden of major financial mistakes from taxpayers to market participants, ensuring those who partake in risky investment practices would bear the financial burden of their mistakes. Dodd-Frank promised to “end too big to fail” and “promote financial stability.”

Despite the Act’s intentions, large banking institutions have grown dramatically since the passage of Dodd-Frank, and small community banks have incurred serious losses trying to keep up. Crippling regulations saddled smaller banks, forcing American consumers to market with fewer investment vehicles and greater costs. For example, prior to Dodd-Frank, some 75 percent of banks offered free-checking. That figure fell to 39 percent just two years after Dodd-Frank came into effect. Consumers are paying more and getting less because of Dodd-Frank. Low-income consumers suffering the most, according to research by the International Center for Law and Economics.

Hensarling’s proposal could face some roadblocks going forward. While it looks like it would safely pass the House, Republican leadership would need to whip 8 Democrats in the Senate behind the bill for it to pass.