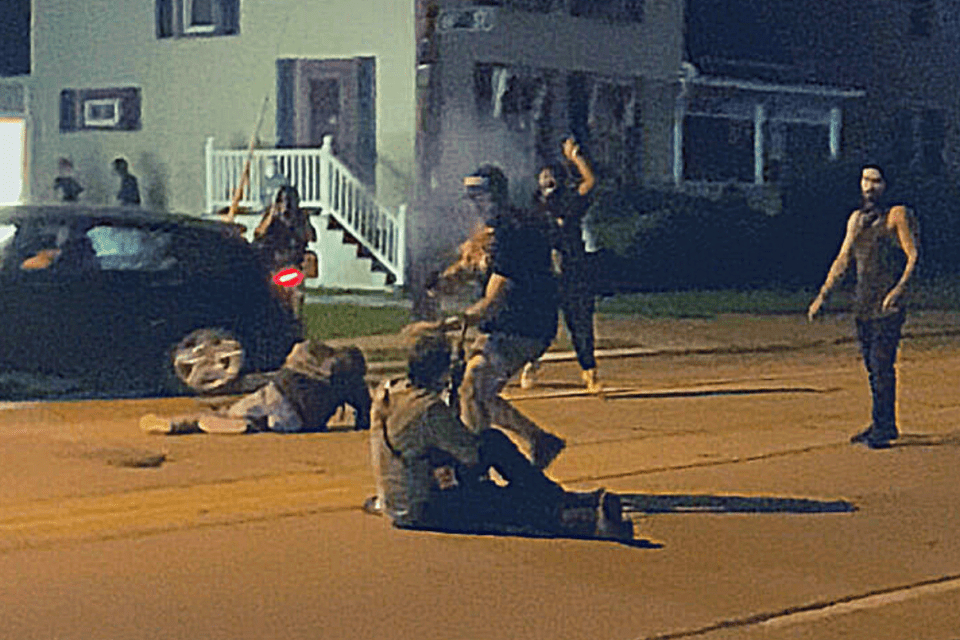 Rittenhouse traveled up to Kenosha from his home in Antioch, IL to work that day. He then agreed to assist in the defense of a local business, armed with an AR-15 brought to him from a friend and fellow defender that lives in Wisconsin. This conflicts with reporting stating the criminal aspect of his firearm being transported over state lines for use in “antagonization”.

It seems that although he is the primary focus point of political media and coverage for firing at a mob chasing him in Kenosha this past week, Kyle Rittenhouse is in fact not the first person to open fire the night of August 23rd.

Initially there to defend, throughout the night the 17-year old was mobbed until opening fire on his assailants, fearing for his life. Footage has shown that an initial loud bang was heard in the area prior to his opening fire—a sound speculated to be a handgun being fired at him.

Rittenhouse seen calling someone and inspecting Rosenbaum’s body, noting to whomever was on the phone that “I just killed somebody” and proceeds to flee off-screen pic.twitter.com/74MAR7JwcR

One thing that is identifiable from footage of the evening is that Kyle Rittenhouse fired eight shots. The first four were in response to the sound of a possible handgun firing behind him, after which he opened fire on the nearest member of the mob chasing him—Joseph Rosenbaum, 36. On camera, Rosenbaum does not appear to have any firearms, but did throw a paper bag projectile at Rittenhouse that was speculated to be a “molotov cocktail”, although the contents of the bag remain a mystery.

After that, Rittenhouse was further chased by a growing mob down the street. He fell and then shot Anthony Huber after he was assaulted by Huber with a skateboard.

Criminal complaints accuse Kyle of killing two and severely injuring Gaige Grosskreutz, 26, from West Allis, WI, who sustained a gunshot wound to the arm. Among those shot by Rittenhouse, Grosskreutz was the only assailant hit who was also in possession of a firearm.

After the evening, Rittenhouse drove back across state lines to his home, and the following day surrendered himself to police custody, turning himself in on a first-degree intentional homicide warrant from the state of Wisconsin. Judicial proceedings are still underway regarding his case.

How to change your iOS GPS location?