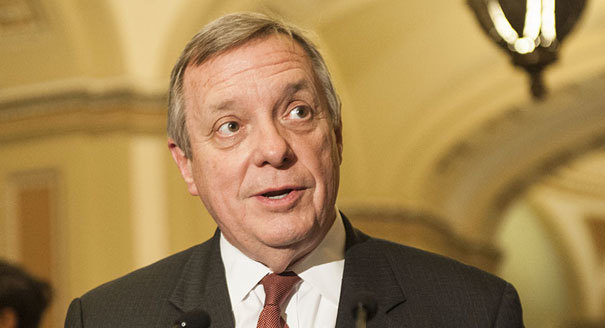 Illinois Democratic Sen. Dick Durbin didn’t wait for all the facts about the mass shooting in Jacksonville, Florida, on Sunday before politicizing the tragedy and using it to attack the National Rifle Association (NRA).

Three people including the shooter died in Sunday’s mass shooting, which took place at a qualifying event for the Madden 19 video game tournament — a gun-free zone.

Before it was known how the shooter acquired his gun and what — if any — legislative changes would have prevented him from acquiring it, Durbin pointed a finger at the NRA.

“I’m heartbroken for Jacksonville. No community should have to suffer from such senseless gun violence,” he wrote on Twitter.

“When will Congress have the courage to stand up to the NRA and pass meaningful reforms to help prevent these shootings in America?”

The Democratic National Committee repeatedly fundraised off of the Parkland school shooting in February that left 17 people dead.