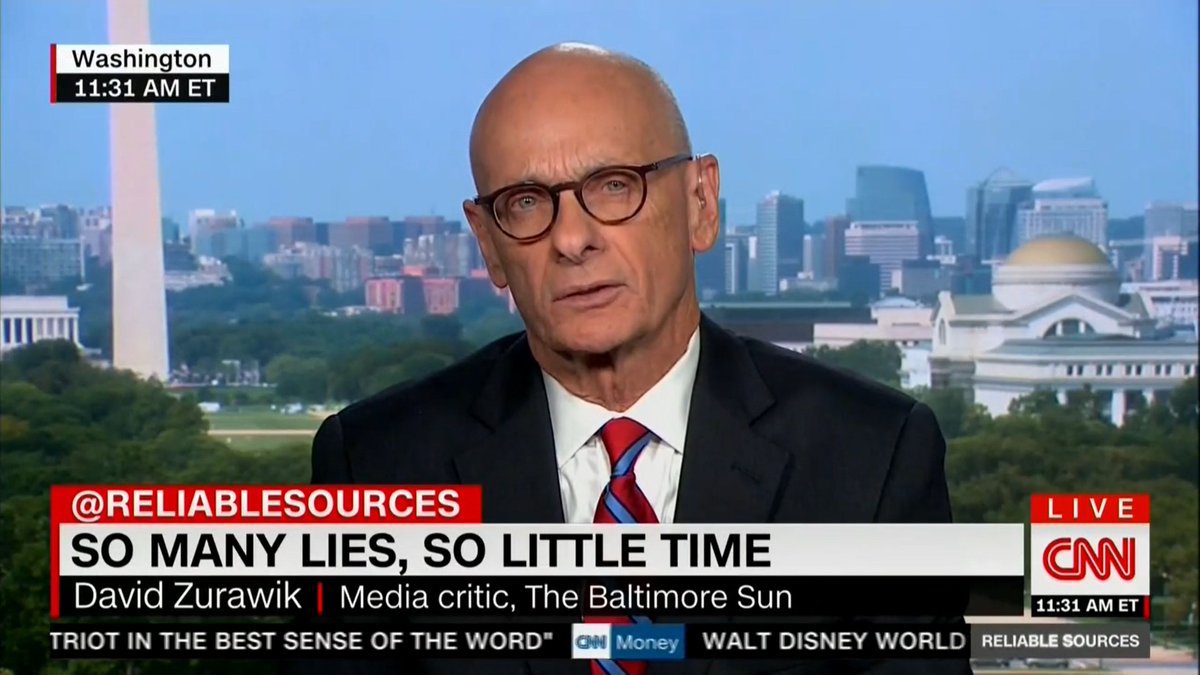 “Now we’ve got a president who says I cannot tell a truth about anything, just check me out. Fact check. So in my piece I said, look, I write commentary so I have more latitude, but I’m done with it … is it a lie, what’s his intent?” Zurawik said.

“Who could know intent with this man? He lies every minute, he changes his story second to second.”

Zurawik said it would be easier to operate under the assumption that Trump is lying and then go back to perform a reverse fact check to search for kernels of truth.

“We should just say he’s lying, folks. Start from that premise. He’s a liar. Okay. If you can prove he’s not telling a lie, great. We should fact-check him backwards maybe, see if anything he’s telling us is true,” Zurawik said.

“I think we’ve wrestled with it long enough for 18 months that we can call him a liar without being self-conscious and nervous about it, even by some of the highest standards of legacy journalism.”

No one on the panel spoke up to challenge Zurawik and host Brian Stelter gave a neutral sign-off before cutting to commercial.

“This is the discussion. This is the issue. This is what we’re all wrestling with. Let’s take a quick break,” Stelter added.