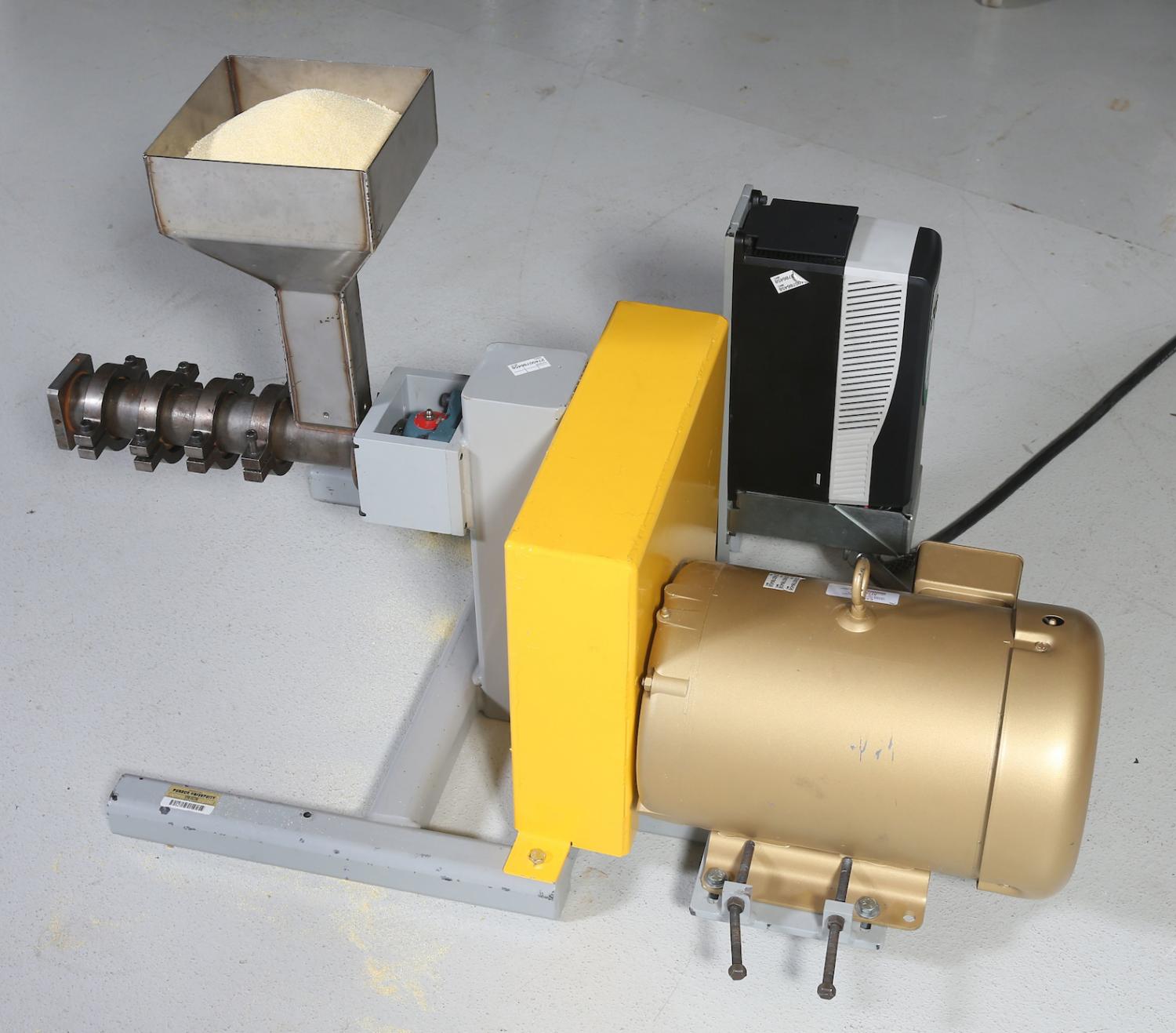 Purdue University revealed a device Wednesday capable of feeding astronauts on Mars, but it could also be used on Earth to improve nutrition in several African countries.

NASA commissioned Purdue to develop a device capable of processing plants grown on Mars, like soybeans, into puffed cereals and pastas. The device, called an “extruder,” grinds up raw grains or beans and shapes them into a final, edible product. Conventional extruders make food much cheaper and more widely available in the developed world.

“NASA needs small scale food processing systems to satisfy the diet requirements of future astronauts to be stationed on Mars,”  Martin R. Okos, a professor of agricultural and biological engineering at Purdue who led the project, told The Daily Caller News Foundation. “Because the high cost of shipping material through space, the challenge Purdue researchers faced was to decrease the size of the extruder to an extreme minimum and still produce high quality foods.”

Before the NASA-developed extruder makes its debut on the Red Planet, a similar design will improve food production in Africa.

Okos and a graduate student modified the extruder to work with other types of grains widely grown in developing African countries. These countries don’t have the necessary infrastructure to support many conventional extruders, so the NASA design could be a game changer.

“Although the small scale extruder has been of interest in the US, much more demand has been shown in a number of African countries,” Okos said. “However to be most successful for the African market the cost of the small scale extrude was modified to decrease the cost by simplifying some of the parts costly to machine. The extruder has been use to develop processes to produce Ready-to-Use Therapeutic Foods for children in Ethiopia, Pakistan, and Ghana using grains grown in the respective countries.”

The modified extruder has already greatly simplify the production of many traditional meals and porridges in African countries. Previously, producing these meals was very labor-intensive. Additionally, extruded grain products can be dried and packaged as “just-add-water” versions so they can last much longer.

“The extruder is currently being used by entrepreneurs in Niger, Senegal and Kenya for grains such as pearl millet, teff, corn, wheat, rice and sorghum to produce instant porridge and couscous,” Okos said. “The extruder has the potential to expand the market for healthy shelf stable cereal grains.”

Using the new extruder allows entrepreneurs to make these dishes about ten times faster than traditional methods. So far consumers are willing to accept the porridges and other products that come from the new extruder.

The extruder is one of the first spin-off inventions from NASA’s planned mission to Mars. NASA spinoffs are commercial products and services developed with the help of the space agency through research and development contracts.

“This is one example of how technologies developed to meet novel space challenges can provide important benefits for people living on Earth,” Dr. Robert Zubrin, who helped design plans for NASA’s manned mission to Mars and wrote the “The Case For Mars,” told TheDCNF. “As we push out further into space, there will be many more.”

ISIS Starves Civilians To Force Them Into Fighting For The Caliphate