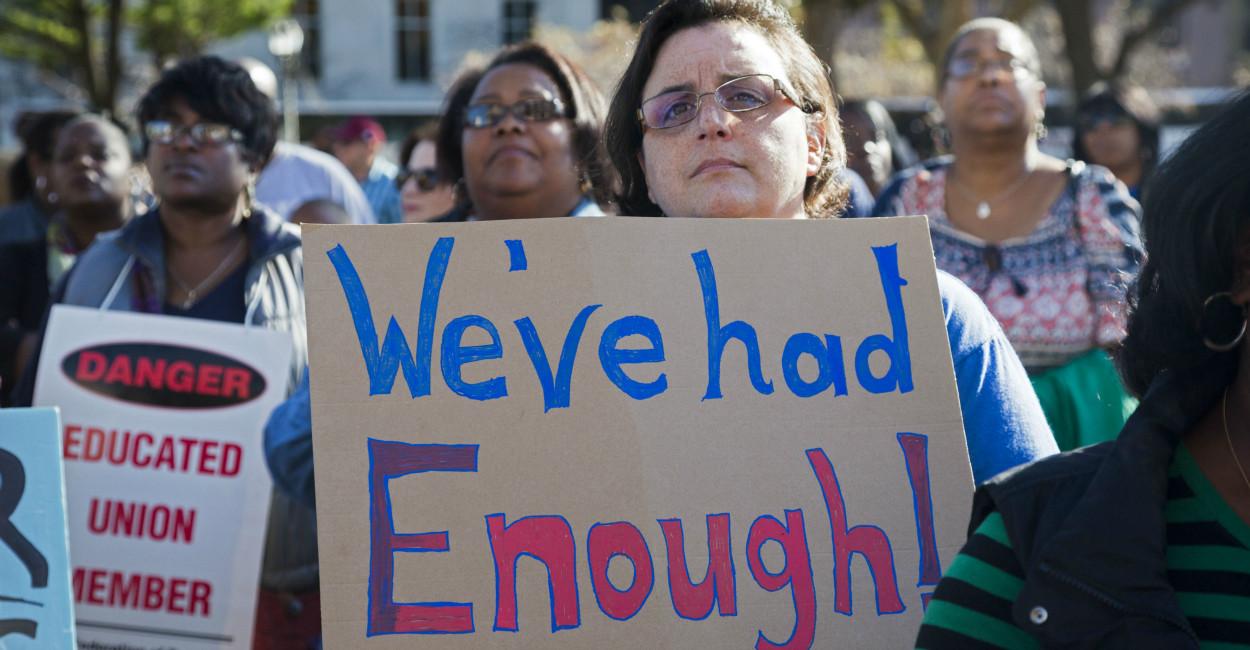 Over 90 percent of Detroit schools were closed Monday as the system was rocked by yet another “sickout,” with thousands of teachers taking simultaneous sick days in order to force the system to shut down.

The sickout was called by the Detroit Federation of Teachers (DFT) Sunday, in an effort to pressure Detroit Public Schools (DPS) and state lawmakers to provide extra funding and restore local control to the district. In particular, DFT was outraged by DPS emergency financial manager Steven Rhodes’s announcement Saturday that the district is expected to run out of cash by the end of June. That means the district would be unable to pay its teachers, about two-thirds of whom receive their salary in year-round installments. DFT says if these teachers go unpaid, the district will be failing to pay teachers for work they have already done.

DFT’s call for a sickout was wildly successful. Enough teachers called in claiming a sick day that the school system was forced to close 94 of its 97 schools, leaving 46,000 students and their parents in the lurch. Meanwhile, hundreds of “sick” teachers assembled outside DPS headquarters, many waving signs or engaging in chants like “Hey hey, ho ho, where did all the money go?”

The union says DPS administrators, not teachers, are to blame for the mass shutdown.

“There’s a basic agreement in America: When you put in a day’s work, you’ll receive a day’s pay. DPS is breaking that deal,” said DFT interim president Ivy Bailey in a statement. “Teachers want to be in the classroom giving children a chance to learn and reach their potential. Unfortunately, by refusing to guarantee that we will be paid for our work, DPS is effectively locking our members out of the classrooms.”

The new sickout is just the latest labor stoppage this year for one of the country’s most troubled school systems. Detroit saw a wave of sickouts at the beginning of the year by teachers who wanted to protest DPS’s decrepit infrastructure. DPS attempted to sue DFT over the sickouts several months ago, but the suit was dismissed by a judge who said there was no proof DFT was coordinating the work stoppage. Conventional teacher strikes are illegal under Michigan law.

The sickouts may be having their intended effect. In a statement Monday, emergency manager Rhodes urged state lawmakers to quickly pass a financial bailout package so that life in the district can return to normal for at least a few more months.

In a statement, Michigan Gov. Rick Snyder complained that the sickout “was not a constructive act” on the part of teachers and could create enmity with Michigan’s Republican-controlled legislature.