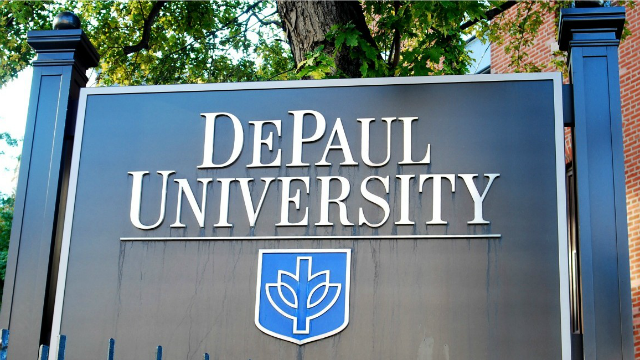 School administrator Amy Mynaugh informed DePaul’s Turning Point USA chapter that the posters could not be hung at the university without “pit[ting] two marginalized groups against each other,” in a Monday email obtained by TheDCNF.

“It doesn’t appear that Turning Point has any connection to the Black Lives Matter movement and this seems to simply be co-opting another movements [sic] approach,” said Mynaugh in the email. “Using the same look/brand as BLM pits two marginalized groups against each other.”

Turning Point intended to use the “Gay Lives Matter” posters to advertise an event called Dictatorships and Radical Islam: The Enemies of LGBTQ Rights. The organization invited Jamie Kirchick, a journalist whose work has featured in The Daily Beast, the Foreign Policy Initiative, and Tablet Magazine, to speak on the subject.

“It is dissapointing [sic] to see DePaul shut down our chapter’s ability to promote what should be a shared value, that it’s morally wrong to kill and imprison people based off being LGBT,” Matt Lamb, president of DePaul’s Turning Point chapter at the Illinois school, told TheDCNF.

DePaul University faced public scrutiny last year when its police department threatened to arrest conservative author Ben Shapiro if he tried to speak on campus and allowed protesters to stay on stage and interrupt an event held by right-wing provocateur Milo Yiannopoulos.

The Daily Caller News Foundation reached out to Mynaugh and DePaul University for comment, but received none in time for publication.

Comey: Trump Can Fire FBI Director For Any Reason He Wants