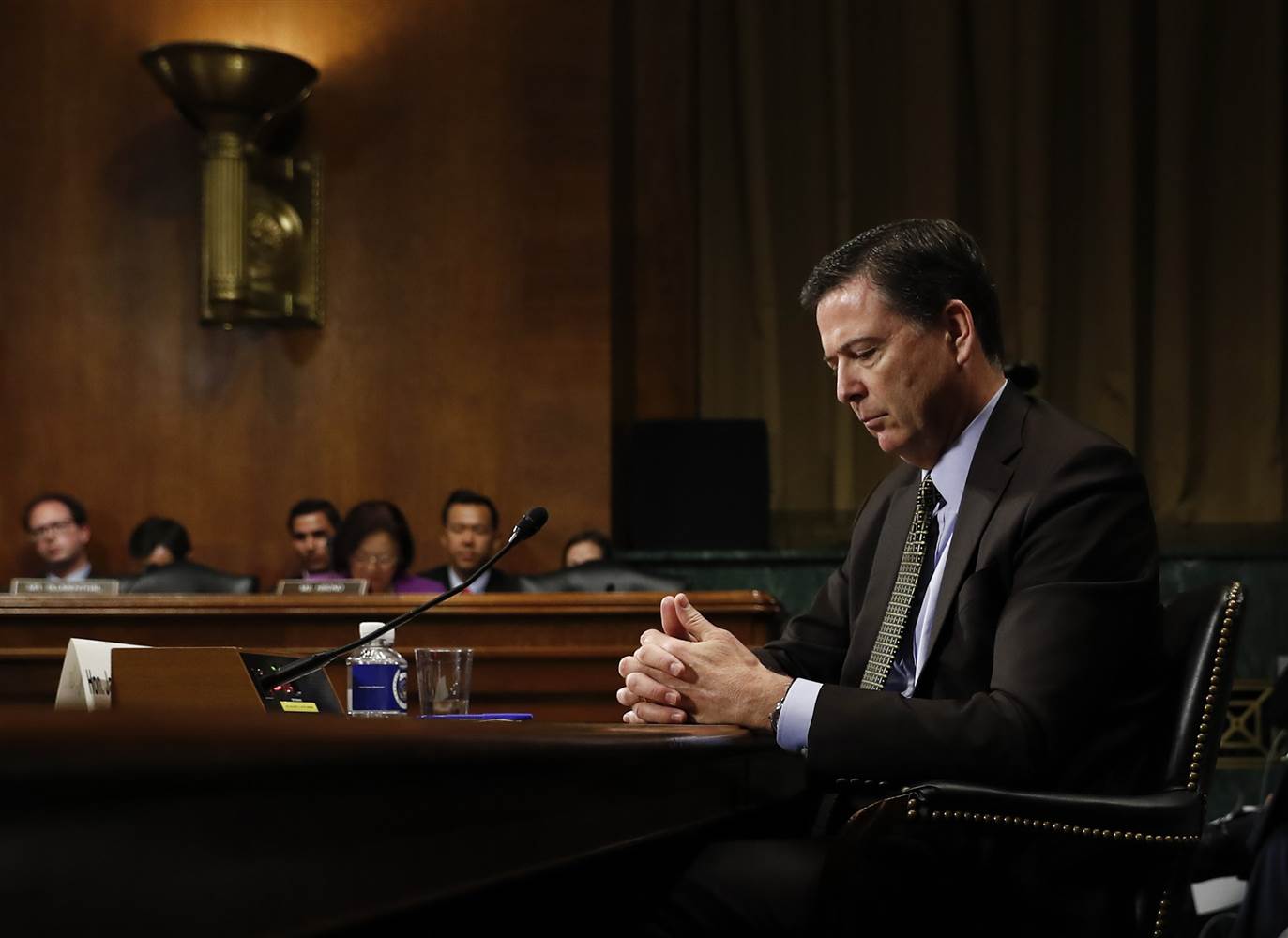 Former FBI Director James Comey said in a letter to staff Wednesday that the president has the right to fire anyone in the position of director for any reason he wants.

“I have long believed that a President can fire an FBI Director for any reason, or no reason at all. I’m not going to spend time on the decision or the way it was executed. I hope you won’t either,” Comey wrote in the letter obtained by CNN. “It is done, and I will be fine, although I will miss you and the mission deeply.”

President Donald Trump abruptly fired Comey on Tuesday. He was leading a criminal investigation into Russia’s attempt to influence Trump advisers and to change the outcome of the 2016 presidential election.

“I have said to you before that, in times of turbulence, the American people should see the FBI as a rock of competence, honesty, and independence,” Comey continued. “What makes leaving the FBI hard is the nature and quality of its people, who together make it that rock for America.”

Comey learned of the firing in a somewhat uncomfortable manner. As he was speaking to Bureau employees in Los Angeles, TV screens behind him revealed the news he had been fired. Comey laughed and figured the broadcast was little more than a prank, but it soon became clear the reporting was dead serious.

While Comey seems fairly relaxed about being fired yesterday, many Democrats and political pundits have expressed dismay, with CNN’s Jeffrey Toobin comparing Trump to Nixon. David Frum, editor at The Atlantic, called the move “a coup against the FBI.”

And Keith Olbermann from GQ called Trump a “MOTHERFUCKING TRAITOR.”

Democratic Senate Minority Leader Chuck Schumer indicated disappointment and referred to the firing as a big mistake, although last November Schumer said he had lost confidence in Comey.