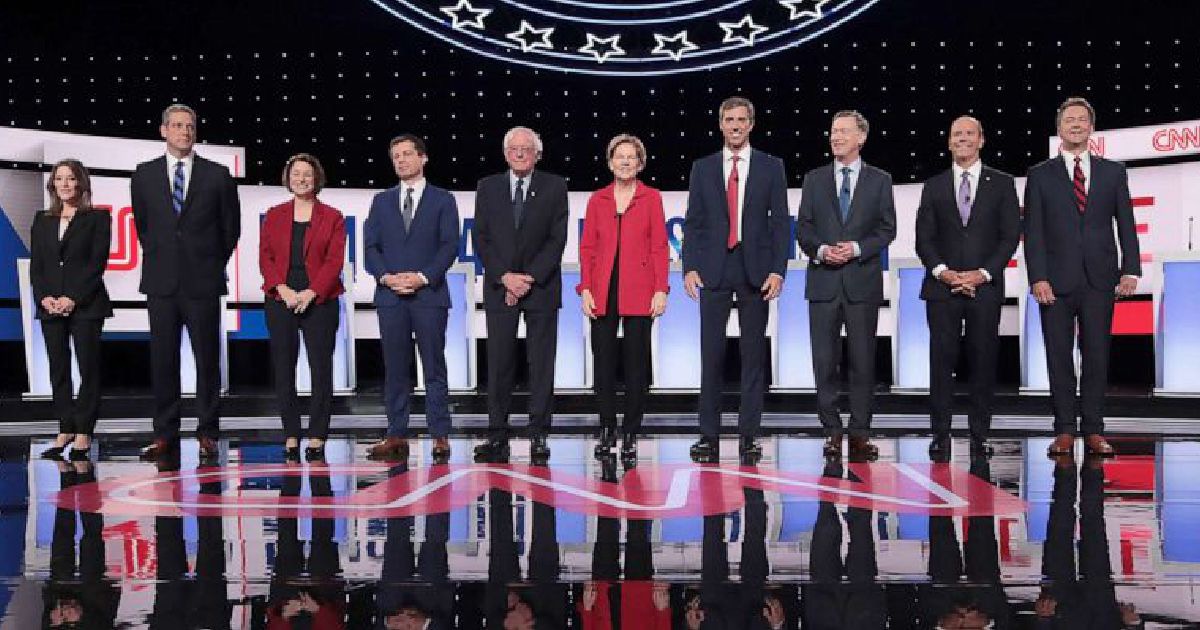 On July 30th, CNN held the July Democratic presidential debate. This was the second scheduled debate on the trail to 2020. While the first debates were more civil, the July debate turned into a fierce fight where candidates held no punches.

Candidates Exchange Blows Over “Medicare For All” plan

Sanders, who has made healthcare a cornerstone of his campaign since 2016, restated his endorsement for a “Medicare For All” plan. Independent auditors have estimated that this proposed would cost a whopping $28 trillion and would only be funded until 2026.

Gov. Delaney took aim at Sanders and said: “We can go down the road that Sen. Sanders and Sen. Warren wanna take us with bad policies like Medicare for All, free everything and impossible promises that’ll turn off independent voters and get Trump reelected.”

Gov. Hickenlooper also stated, “I think if we’re gonna force Americans to make these radical changes, they’re not gonna go along. Throw your hands up! … You can’t just spring a plan on the world and expect it to succeed.”

Former President Obama Warned Candidates Against Attacking Each Other

President Obama recently spoke at an Obama Foundation event in which he warned Democrats early that the debates should not turn into a “circular firing squad.” President Obama’s warning fell on deaf ears tonight and instead candidates continued to attach one another.

There was no clear winner tonight for the Democratic candidates on stage, however, President Trump was center stage. While candidates attacked one another, the President came out on top. President Trump’s economy cannot be ignored and his continued success for wage growth and job creation is adding to his increasing polls numbers.

While the President was not on stage tonight, he still came out the champion.

International Scholarships to Study in the US

How has the gaming industry evolved?