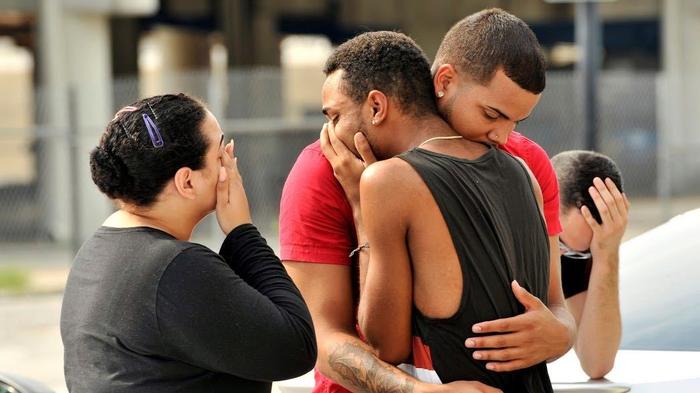 You’ll hear the left scream about cakes that won’t be baked or bathrooms that won’t be opened to members of our community, but when it comes to radical Islam and the threat it poses to free Western Society you don’t hear their outrage. That’s because it isn’t there. They have sacrificed their sanity on the alter to the gods of tolerance and multiculturalism which this weekend received a sacrifice of fifty human souls.

The left has pandered to us like it has to blacks and women simply so they could check the LGBT box off on its list of groups it could squeeze out votes from.

Today, instead of standing by our side and announcing to the world the already well established fact that the barbarity of political Islam fosters governments and cultures that not only condone violence but encourage gays to be thrown off roof tops, what did they do? They came out in a crusade against guns. Guns, which are the weapon that shot that evil man Omar Mateen before he could mow down even more of us; how morbidly ironic.

What has made us second class citizens as of this day is the left that has ignored the threat of Islamic terrorism for so long now that in the future whenever we visit a club or a bar or a pride parade we will have a lingering worry for our safety. It will be there in the back of our minds no matter how hard we try not to think like that or how much we may deny to others that we are afraid. So thank you so much you “progressives,” you social justice warriors, for doing your jobs so well. You have succeeded in fostering a culture so weak and timid that regressive religious barbarism has once again been allowed to kill American citizens. Tell me where is our justice, where is our freedom you say you are fighting for?

As of today, when I think of the word “ringing” in regard to America, I no longer think of the tolling of the Liberty Bell sounding in passionate power of love and pride that the people once had for this nation, cracked as it rung on the celebration of Washington’s birthday. Instead, now I think of reports given by investigators of the ringing cellphones hidden away in the pockets of the dead bodies sprawled across the floor of that Orlando nightclub. The phones that rang with endless calls from loved ones trying to reach those people to make sure that they weren’t harmed. Calls that eventually began ringing less and less as each friend, mother, father, brother, sister, or partner surely began to understand with growing misery and each new unanswered call they made, that it was almost certain no one would ever pick up.

Thank you the left, you have always wanted to reshape the image of America. Now you’re happy. I hope you’re proud.

We Must Wholly Reject the Liberal Narrative, Starting With the Term “Assault Weapon”