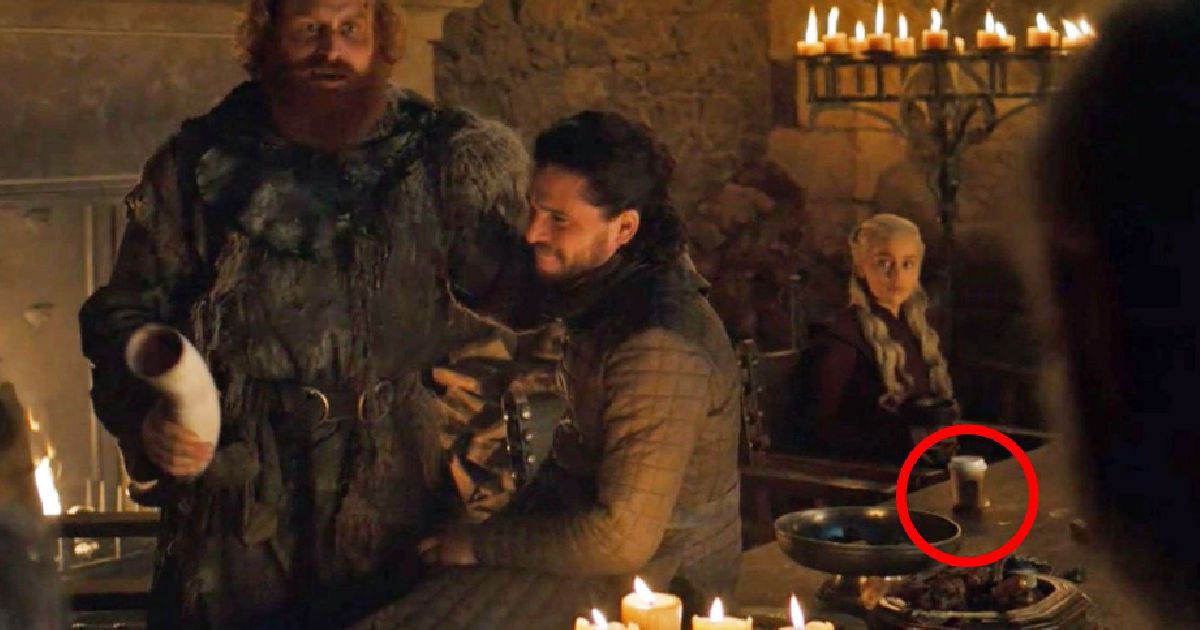 If you watched Season 8, Episode 4 of Game of Thrones (GoT) Sunday night (or even if you didn’t), you may have seen, or at least heard about the now-infamous coffee cup—not from Starbucks as originally reported—on the head table at the post-Long Night victory feast. GoT aficionado or not, this little mishap has created quite a media buzz. But the coffee cup is half-full: there is a valuable teaching moment wrapped up in this silly accident—a demonstration of F.A. Hayek’s “Fatal Conceit.”

Hayek published The Fatal Conceit: The Errors of Socialism in 1988. In the book, Hayek took aim at both the logical fallacies inherent to socialism, as well as the flawed premises on which they are based.

One fundamental premise is that efficiency only arises from the purposeful design of experts. Rather than decentralized decision-making stemming from the free exchange of millions pursuing their own interests, based on information imparted to them via price signals about the economy in which they act, socialism posits that bureaucrats shouting through bullhorns at the rest of us is the best path forward.

This notion that experts with sufficient knowledge can fully know the causes of a given problem and anticipate every possible outcome of their proposed solutions is the “fatal conceit” Hayek so effectively refuted.

The Fallacy of Central Planning

We can see the flawed premise underlying the alleged efficiency of purposeful designs by experts with power all around us today. Behind every policy from the minimum wage to the Green New Deal lies this premise, telling us that only the experts in charge are smart enough to solve every problem, from wage rates to the total destruction of the planet.

The enlightened bureaucrats tell us that only they know what the price of labor across all market segments should be. Only they know what modes of travel, animals to consume, and building retrofitting are necessary to stave off Armageddon. They’ve read all the studies, polled every person, accounted for every adverse consequence of their policy, and assured us that their policies will be adopted throughout the world to bring about these ends. All we need to do is hand them the power to make it happen, sit back in trusting confidence that they will not abuse this power, and watch them build utopia for us and our posterity.

On the contrary, Hayek demonstrated what he called “the extended order” in The Fatal Conceit. He showed how the marvels of human civilization, which are taken almost completely for granted by modern socialists, grew out of societal traditions that provided for private property protection. This protection of private property in the pre-industrial world provided fertile soil for the expansion of trade, the international division of labor, and eventually, the modern capitalist system.

In turn, the “dispersed knowledge” that is acquired by billions of people all over the world, pursuing their own ends with the confidence that protection of their private property will make their efforts worthwhile, coalesced in price signals for goods and services in the economy, which allowed participators in that economy to put resources to their most useful ends.

How Can Experts Miss Such an Important Detail?

Here’s where Daenerys’s coffee cup becomes our pedagogical device. One would think that the collective expertise of everyone involved in a production as world-renowned as GoT would catch something as simple (and seemingly obvious) as a coffee cup in a scene that millions would view. Yet neither the director, set designer, director of photography, prop master, movie editor, any of the actors or extras, or producer caught the cup at the time of filming or throughout the production process.

Experts in the field—who are paid large sums of money to catch every detail and create as realistic an experience as possible for the viewer—missed it. It wasn’t until the coffee cup was in front of the millions of non-expert viewers that someone caught it. All the knowledge, wisdom, and experience of dozens of film production experts were no match for the keen eye(s) of the masses.

In the end, the point is that the experts working on GoT are human. They make mistakes just like the rest of us. This little mistake merely resulted in some Monday morning water cooler talk and some funny memes.

The mistakes of the bureaucrat shouting through the bullhorn that the entire engine of our modern civilization should be fundamentally altered forever, or that only they are worthy of holding the tools to “fix” it, can topple entire nations and result in the deaths of millions.

We owe it to ourselves to, at minimum, concede that these bureaucrats are cut from the same cloth as the GoT production team and the rest of us: They’re human. They are fallible, and their commands deserve no more presumption of correctness than anyone else’s.

Dane is a constitutional law attorney and passionate student of economics, philosophy, and public policy.

I Suck At Mothers’ Day

The Unintended Consequences of the Coronavirus Response