I suck at Mothers’ Day traditions. What I do for my mother varies wildly from year to year. Some years it may be dinner, or a big project or gift. Most years, it’s simply flowers – sometimes merely a bouquet I’ve gathered from whatever happens to be blooming in the fields and forest.

The rebel in me resists Mother’s Day as a national holiday. I resent doing anything just because it’s what everyone is doing and it’s what is expected. I resent the commercialization. And the advertising guilt trips. The cheapening of something almost sacred. I resent being told that this particular day of the year is the day I should express my appreciation for my mother. Why should I not do so on any other given day?

In this age of social media, the pressure to conform (and perform) is amplified. Pictures are posted with glowing words of gratitude and praise of the virtues of motherhood. Like everything else on social media, we get the “Sunday best”. What we often don’t see is the mothers gone too soon. The mothers whose children are gone too soon. The mothers who fail their children and aren’t mothers in any of the ways that matter.

As I scroll through Twitter and Facebook feeds filled with heartfelt words of appreciation for mothers (amid the posts about those striking because they don’t want to be mothers), an article posted by a friend caught my eye. Initially, I was intrigued because it was about George Washington’s mother. Surely this woman who raised such a man with the strength of will and character to lead a fledgling nation in its fight for freedom and first steps of independence would be the very model of loving, nurturing motherhood!

Mary Ball Washington’s role as a mother has been portrayed as being cold and greedy – or the very image of Christian sainthood, depending on who is doing the telling. The reality is that she was just like mothers throughout all of history. She took the hand dealt her and played it, albeit imperfectly, to the best of her ability.

Widowed by the age of 34, she showed exceptional resolve and strength as she took on the task of raising five children and running Ferry Farm as a single mother. Though not wealthy, she did her best to improvise in giving her children as much education and social training as she could. Perhaps she was overly strict. It could be she was not as affectionate as she could have been. Our window into her mothering skills is small, but we can clearly see the outcome in the man who was her son. 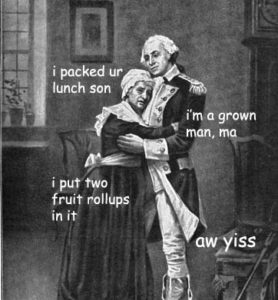 Like mothers everywhere (if they are honest), Mary’s relationship with George was not perfect; yet, he loved and respected her. Their Facebook posts probably would have shown mother-son dances and proper teas. The doting mother and adoring son exemplified. What they wouldn’t have shown were the exhausting difficulties that characterized daily life. Nothing has changed.

There is another part of me that struggles with my inner cynic. This part of me longs for and recognizes the value in the traditions we create as a culture with national holidays. Do we need a prescribed day to honor our mothers? Of course not. But in our human need for structure and predictability, these ‘holidays’ help us collectively celebrate the ties that bind us together and make us strong. They rightly highlight our better nature and the qualities we strive for.

And so, today as I scroll through the myriad public displays of affection and appreciation for our mothers, my heart will break for those who have lost. And it will melt and overflow for those who have much for which to be grateful and want to share it with the world (or at least 583 of their closest Facebook friends).

And I? I will go see what blooms in the wild (fitting as my mother is Rosa and I, the wild rose). And then I will bake one of her favorite pies.  I love my mother. She is one of the best. I might even post about it on Facebook, Twitter, and Instagram. 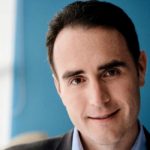 How Do Libertarians Look at Venezuela? 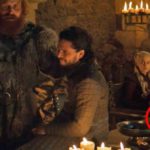 […]just beneath, are many absolutely not related web-sites to ours, having said that, they are surely worth going over[…]

[…]we came across a cool web site that you simply may delight in. Take a appear in case you want[…]

[…]that will be the finish of this article. Right here youll uncover some web pages that we consider youll value, just click the hyperlinks over[…]