Ever since President Barak Obama called upon Americans to “move from the middle to the top of the pack in science and math”, STEM education has captured the attention of the nation. Various stakeholders, ranging from policy makers and industry experts to administrators to educators on the ground are worried that America might be losing its traditional edge in scientific and technological innovation in the world. Here are a few pointers to the ills plaguing the STEM education in the US and how they can be fixed. 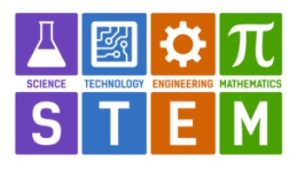 K12 curriculum needs to be revamped

The acronym STEM stands for science, technology, engineering and mathematics taught in an way not only to increase proficiency levels in each of the subjects but in an integrated way to encourage critical and creative thinking as well as innovation and communication. A study conducted by Pew Research Centre in the summer of 2017 found that an overwhelming majority of Americans, 43%, thought that STEM education at the K12 level was average while as high as 30% considered it below average. Just about 25 % of the respondents to the Pew research considered K-12 American STEM education to be above average. Though the perception of STEM education fared better in the undergraduate and post-graduate levels, such thinking is a big cause of worry. It shows that parents and students are not happy with the way STEM curriculum is designed and executed.

To improve the quality of STEM education in the country, it is necessary that a fresh, targeted approach be adopted right from the earliest phases of K12 curriculum. Students as early as in the primary education levels should be exposed to interesting ways of learning about science, maths and technology interwoven with their daily lives and environment. Eventually in middle and high schools, an integrated approach should be followed wherein concepts learnt in each of the subjects are applied in a trans-disciplinary manner. At times, weaker students can look for online resources like PaperDoers and EssayWriter4U to assist with their STEM subjects.

To bring about more number of students into the fold of STEM education, it is important that qualified, motivated teachers are brought into the system. More teachers should be encouraged to take career courses and refresher programmes in order to keep their subject knowledge updated. Quite often the teachers are overworked and burdened with extra-teaching duties so that they lack motivation to inspire students in their STEM activities.

Such problems can be addressed by implementing various government schemes dedicated to recruiting, training and retaining teaching skills. Indeed there are several government programs like Teacher Quality Partnerships, Investing in Innovation, the Math and Science Partnerships, the Teacher Incentive Fund as well as Teachers for a Competitive Tomorrow to offer resources, training and development to STEM teachers.

In the years to come, there is going to be huge demand for skilled workers in STEM fields in America which the present level of K12 education is unlikely to fully meet. from 2010 to 2020, there is going to be 62% projected increase in the demand for biomedical engineers while the corresponding demand for medical scientists and systems software developers would grow by 36% and 32% respectively, according to graphical data on federal government website. This is in comparison to just 14% projected growth in other occupations in the same period.

Such rapidly growing demand for specialized skills in engineering, science and technology means that higher and technical education must be encouraged more among young people. As of now, a meagre16 percent of American high school seniors possess mathematics proficiency and plan to take up a STEM career. Even among those who enrol in a college to study for a major in the STEM subjects, just about half choose to work in the same field.

Not surprisingly in 2015, President Obama called upon colleges and universities to graduate a further 1 million students with STEM majors. Apart from putting in place policies to encourage more students to acquire a degree in STEM subjects, they should also be motivated to do research and doctoral work in these fields. Innovation is very necessary for any country to remain ahead of others and all this can be brought about by inquisitive, creative minds.

Lack of inclusivity in STEM education

One of the most serious problems that STEM education in America suffers from is a lop-sided racial and socio-economic representation among its students. the above mentioned federal government website mentions that of all the high schools which offer the complete spectrum of math and science courses are offered ranging from Algebra I, Algebra II, geometry and calculus, to biology, chemistry, and physics, a staggering majority of 81% of students are Asian Americans and as high as 71% are whites. This implies that significant percentages of high school students from African American, Hispanic, Native Alaskan and American Indian groups are not taking up the full range of maths and science courses.

One of the ways this racial and socio-economic bias can be redressed is by making STEM education more accessible to less privileged groups and those who have traditionally been left out of its scope. One such example of government initiative is Hispanic-Serving Institutions-STEM program which oriented to increase the number of Hispanic students studying for degrees in STEM subjects. Another is 21st Century Community Learning Center program spearheaded by the Department of Education according to which superior STEM curriculum can be made accessible to students from low-income, high-need schools. As part of this initiative, around 350 Native-American students at 11 places across six states were able to benefit from targeted STEM courses. Yet another way of ensuring first-generation STEM learners do not lag behind is to opt for online study resources as those provided at OnlineAssignmentWriting.

Integrated approach is the need of the hour

STEM education will continue to fail in its goals till the time it is restricted to separate subject classrooms. Instead science, mathematics, engineering, technology should be taken to the student in an integrated manner with the help of collaboration among various government, private and non-profit agencies. For example a joint project of NASA, the National Park Service and the Institute of Museum and Library Services led by the Department of Education is already  on ground whereby students can learn to apply classroom teaching across a variety of contexts including their environment and daily lives.