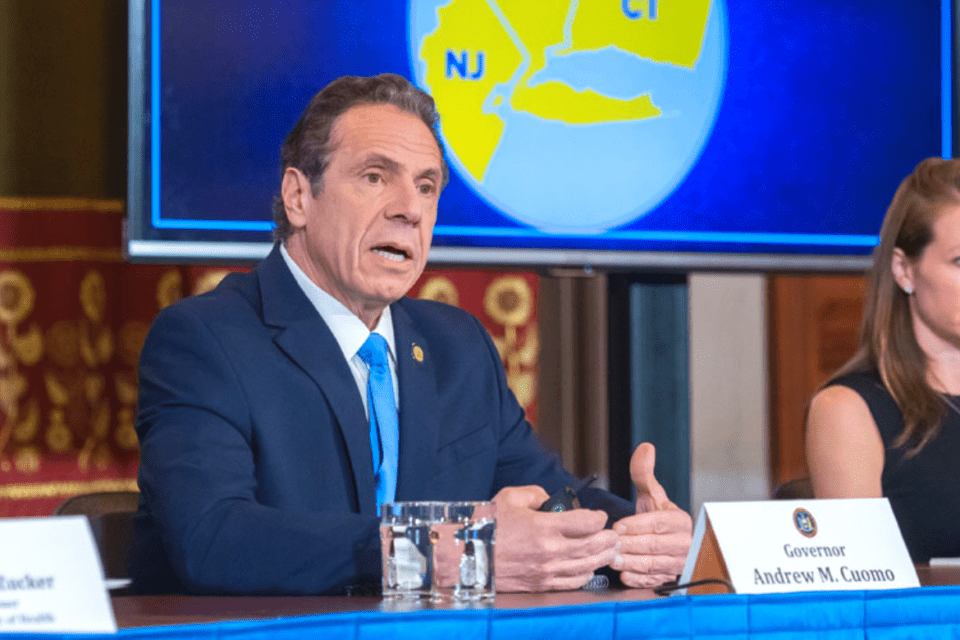 Because Cuomo’s mandate prohibited nursing homes from screening residents released from the hospital for COVID-19, many have suspected it needlessly contributed to the death of elderly New Yorkers.

“The admission of coronavirus-positive patients into New York nursing homes under March 25 guidance from the New York State Department of Health was associated with a statistically significant increase in resident deaths,” the report found.

According to the report, data show each new admission of a COVID-positive patient was correlated with .09 additional deaths and associated with an average of 4.2 additional deaths per facility. Both figures fall outside the margin of error.

“Statewide, the findings imply that COVID-positive new admissions between late March and early May, which numbered 6,327, were associated with several hundred and possibly more than 1,000 additional resident deaths,” the report says.

A Reversal and Accusations of Coverup

As of Wednesday, more than 47,000 New Yorkers had died with or of the coronavirus, according to official statistics, which is more relative to population than any state with the exception of New Jersey.

Unlike many states, New York was hit particularly hard early in the pandemic. Following devastating outbreaks in March and April, New York suffered roughly 20,000 deaths by early May. Roughly 5,300 of these were classified as nursing home deaths, according to the Associated Press.

On May 10, under increased scrutiny and political pressure, Cuomo announced he was reversing his controversial order.

“We’re just not going to send a person who is positive to a nursing home after a hospital visit. Period,” Cuomo said. “If there’s any issue, the resident must be referred to the department of health which will find alternative care.”

Shortly after New York’s order was rescinded, however, it was revealed that the New York State Department of Health had changed the way it was recording nursing home deaths. Sometime in late April, nursing home residents who died of COVID-19 were no longer being counted as “nursing home deaths” by the state if they were transported to the hospital and died there rather than at the actual nursing home.

“[New York’s coronavirus tracker] currently does not include out of facility deaths,” NYSDOH spokeswoman Jill Montag told the Daily Caller. “Deaths of nursing home and adult care facility residents that occurred at hospitals is accounted for in the overall fatality data on our COVID-19 tracker.”

Though FEE and other publications wrote about the matter at the time, the apparent effort to conceal or minimize nursing home deaths drew little mainstream media attention for months. That changed in January when New York’s state attorney general Letitia James released a damning report that concluded “a larger number of nursing home residents died from COVID-19 than DOH data reflected.”

That is the Cuomo’s administration’s own count, which was updated after the state attorney’s report was released, and it’s “roughly 50% higher than any loss of life previously acknowledged by the administration,” ProPublica’s Joe Sexton observed. (Subsequent reporting alleges that the Cuomo administration is still underreporting nursing home deaths.)

The fallout was severe.

On February 12, the New York Times reported that Cuomo was facing “allegations of a coverup” and “lawmakers from both parties have called for stripping the governor of the emergency powers that he has exercised during the pandemic.”

“I support our state’s return to co-equal governance and stand with our local officials calling for a full investigation of the Cuomo administration’s handling of nursing homes during COVID-19,” Ocasio-Cortez announced in a statement last week.

On Monday, Democrat state Assemblyman Ron Kim called for Cuomo’s impeachment, stating the governor threatened him and pressured him to lie about his administration’s activities.

“On a private phone call, the governor berated me, threatened my career, and demanded that I issue a fabricated statement,” Kim wrote in Newsweek.

A Warning Unheeded and the Folly of Hubris

Whatever Cuomo’s political fate, the nursing home scandal has all the markings of a Greek tragedy.

As the Empire Center’s report makes clear, hundreds (if not thousands) of New Yorkers died because of Cuomo’s order, which may prove to be the governor’s undoing. This would be calamitous in itself, but the tragedy is deepened by the fact it was all born of hubris; Cuomo’s great arrogance.

The governor was warned by trade industry leaders and health experts that his policy carried the seeds of disaster.

“We are deeply concerned with the recent New York State order,” the American Health Care Association and the National Center for Assisted Living said in a joint statement when Cuomo issued his order over their objections. “Based on what we currently know about how this virus can spread in institutional settings, the hospitalizations and case fatality rate, this action by a state will put the many frail and older adults who reside in nursing homes at risk.”

Weeks later, at an April 23 press conference, Cuomo was asked about objections over his policy, which some warned was resulting in excess deaths in nursing homes.

“They don’t have the right to object,” Cuomo answered before the reporter finished his question. “That is the rule, and that is the regulation, and they have to comply with it.”

This is hubris on a massive scale, a trait that for millennia humans were warned against.

In the classical works of Greek literature, hubris (excessive pride) is the character flaw that causes the downfall of many heroes, including Oedipus, Antigone, and Achilles. In many cases, the tragedy is compounded by the hero’s failure to heed a warning, explicit or implicit.

Cuomo’s actions constitute hubris on several levels, but in one sense it’s a character flaw common among politicians who believe they possess the knowledge and foresight to replace individual decision making with their own. The economist F.A. Hayek saw this tendency as “the fatal conceit” of mankind: the idea that “man is able to shape the world around him according to his wishes.”

Cuomo and indeed other governors responsible for similar policies are guilty of Hayek’s fatal conceit.

“In their hubris, they presumed to know enough to centrally plan a complex society’s response to a complex pandemic, and to know more than individuals with local knowledge, industry expertise, and skin in the game,” I wrote back in May, “like the elder care experts and businesspeople who tried to warn policymakers about the disastrous effects the policy would have.”

The antidote to this conceit, Hayek understood, is humility before our infinitely complex world “which should guard him against becoming an accomplice in men’s fatal striving to control society.”

With a bit more humility, Cuomo could have avoided political scandal and—more importantly—not jeopardized the lives of thousands of elderly people in nursing homes.

It’s a lesson we’d all do well to learn to avoid such a tragic ending.

Going remote: How professionals are making it work