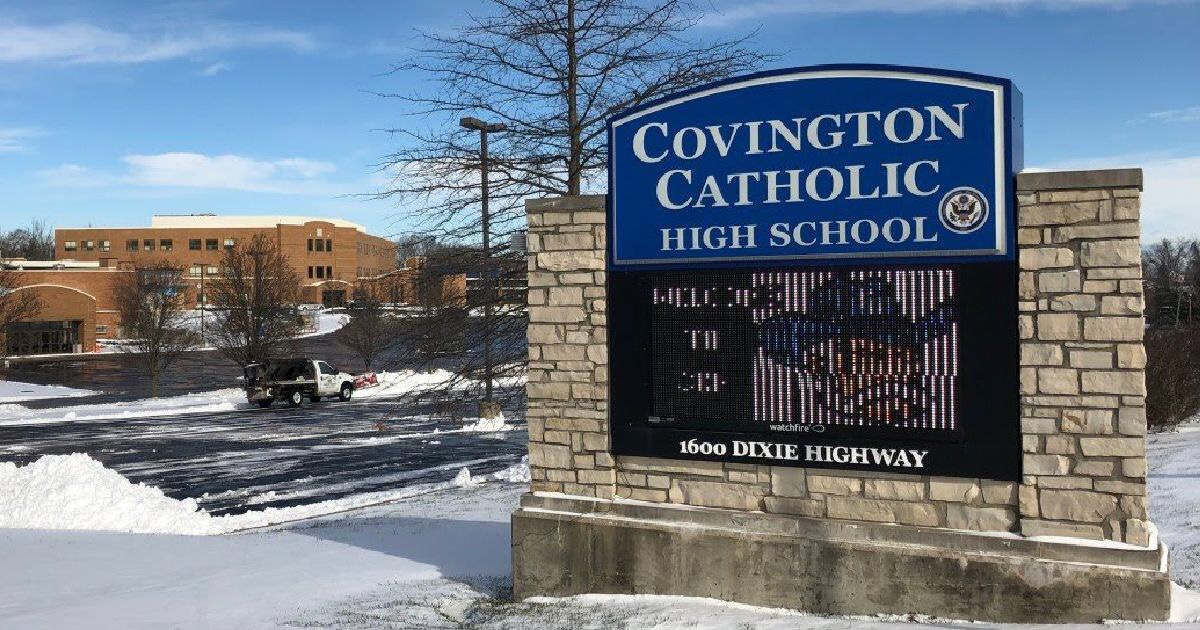 Tuesday morning, Covington Catholic High School temporarily shut down amid fears that the campus would be mobbed by liberal activists. This announcement came soon after the American Indian Movement began a large protest outside of the Catholic Diocese of Covington.

The catholic school came under fire after several students wearing MAGA hats appeared to surround and mock a Native American man during the March for Life, which also coincided with the Indigenous People’s March.

Mainstream media coverage focused on one boy in particular, who appeared to smirk as Nathan Phillips, an indigenous activist, played a drum close to the boy’s face. The backlash was swift, with users all over social media attacking the boys and labeling them racist.

Liberal activists have used the incident to smear the March for Life and conservatives as whole.

However, as more information has come to light, this narrative is being challenged. New footage shows Phillips approaching the group first, and banging a drum just a few inches away from their faces.

Footage also shows a group of black nationalists — who call themselves Black Hebrew Israelites — shouting obscenities at the students.

“When we arrived, we noticed four African American protestors who were also on the steps of the Lincoln Memorial,” Sandmann, the boy standing in front of Phillips, said in a statement published by WKRC, a local media outlet. “I did hear them direct derogatory insults at our school group … They called us ‘racists,’ ‘bigots,’ ‘white crackers,’ ‘faggots,’ and ‘incest ‘kids.’”

In light of this, many catholic activists are speaking out and demanding that catholic leaders, who condemned the boys, issue an apology — or at least retract their statements.

Due to fears that the protests against the Diocese will begin to come to the school, administrators chose to shut it down, and have not commented on when they will reopen