A ruling by U.S. District Judge W. Keith Watkins instructs Auburn University to allow white nationalist Richard Spencer to speak on campus tonight, even though the university initially denied his intent to do so.

Spencer planned on speaking with or without permission to do so.

“Over the past week, Auburn University has faced attempts by uninvited, unaffiliated, off-campus groups and individuals to provoke conflict that is racially divisive and disruptive to our campus environment.

“Whether it’s offensive rhetoric, offensive flyers around campus, or inappropriate remarks on social media, we will not allow the efforts of individuals or groups to undermine Auburn’s core values of inclusion and diversity and challenge the ideals personified by the Auburn Creed.

“Auburn University supports the rights and privileges afforded by the First Amendment. However, when the tenets of free speech are overshadowed by threats to the safety of our students, faculty, and staff, we have a responsibility to protect our campus and the men and women who unite our academic community.

“The decision to cancel the Richard Spencer event last week was informed by leadership from all of the university’s shared governance groups and the Auburn Police Division, all of whom articulated legitimate concerns for the safety and security of our campus.

“This afternoon, a federal judge ruled that Auburn must allow Spencer to speak in the Foy Auditorium tonight. It is now more important than ever that we respond in a way that is peaceful, respectful, and maintains civil discourse. We are aware that various campus groups have planned events for this evening. Please know that additional security measures are being taken by the Auburn Police Division to uphold the safety of our community.

“The Provost’s Office will support requests from faculty and students to miss classes this evening.”

Associate Provost and Vice President for Inclusion and Diversity

There have been protests of Spencer planned, and protest areas have been designated. Please follow The Libertarian Republic for more updates to this story. 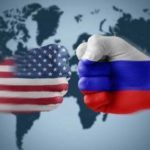 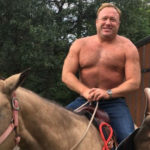