After the Sanders big primary win in Nevada last week, Democrats are deeply split on a nominee and again, may not be willing to accept the candidate voters select. Billionaires are promising to spend whatever money needed to defeat President Trump. President Trump insists on inflicting political wounds on himself. Millions of people are moving out of blue states, to red states, which changes the composition of voting populations. Quirky Constitutional provisions apply if no candidate secures 270 electoral votes.

We are facing the possibility of the next President being selected by the House of Representatives. This has happened twice before, in 1800 and 1824.

Firs t: another rigged Democratic convention. The Sanders’ campaign and its supporters are still angry over losing the 2016 nomination to Hillary Clinton. In the fight for the 2016 nomination the Clinton campaign literally bought the Democratic National Committee (“DNC”) by paying off the party’s large debt. This gave the Clinton campaign control of the staff and final decisions of the DNC, notwithstanding that the DNC was obligated to remain neutral in the primary. Should Sanders go into the 2020 convention with the largest number of delegates, and again be denied the nomination, a political civil war erupts in the Democratic party.

Second: if Sanders is denied the nomination a second time, he runs on the Green Party ticket or as an Independent.  Sanders, like President Trump, has aggressively loyal followers. To quote an opinion article in the New York Post, “Hell hath no fury like Bernie’s millennials if they are thwarted.”  Like President Trump, Sanders is taking on the establishment as a political outsider. With this loyalty from supporters that constitutes 30% plus of the Democratic base, decades of fighting the establishment, strong credentials with environmental groups, especially on climate change, and a having a great money raising machine, Bernie Sanders can quickly launch a viable third-party movement. This is all possible since the Green Party convention is July 9-12, 2020 while the Democratic Convention is July 13-16, 2020. Sanders will know of his chances for the nomination by then and could quickly switch parties.

Fourth: California’s population loss could be the Republican’s albatross. California has lost over 691,000 people in 2018. Texas was the destination of choice by 86,164 people followed by Arizona 68,516, Washington, 55,467, Nevada, 50,707. Oregon, Colorado, Florida, New York, Virginia and Idaho were also recipients. These new residents bring their liberal beliefs with them. Arizona is the key state having 11 electoral votes. Trump won Arizona in 2016 by 91,000 votes while Krysten Sinema, a Democrat, won the Senate seat in 2018 by 56,000 votes. These new 68,516 transplants in Arizona could give the electoral college votes to a Democrat. Also Trump won four of the larger states by small margins, i.e. Michigan (0.3%), Wisconsin (1%), Pennsylvania (1.2%), Florida (1.2%). These margins are so small that they can be impacted by the placement of the candidate’s name on the ballot, i.e. being listed first is a 5% advantage.

Sixth: the variables cannot be controlled.  With an almost even split between state delegations, the migrants from California and other blue states might make a big difference, depending on which congressional districts they move to. Moreover, the Constitution does not bind electors to vote in accordance with the winner of their state’s vote. This freedom is limited in 32 states however, in 18 states the elector is free to vote however, it desires. In several restriction states, there is no penalty for voting against the candidate their state, i.e. FL, OH, WI. Finally, the ballots cast to determine the position of each state’s delegation are secret ballots and none of the members of Congress have any obligation to vote party line.

If none of the candidates secure the 270 electoral votes needed to win the presidency, it will be a very unpredictable process, especially if a third-party candidate receives electoral votes, making the candidate eligible for election by the House. The outcome will be determined by who moves to what congressional districts and which Republicans, Democrats or Independents, like or dislike, the President enough to vote for the candidate of another party.

Such a situation would be the epitome of intrigue! 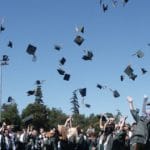 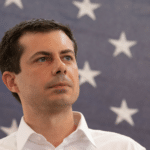