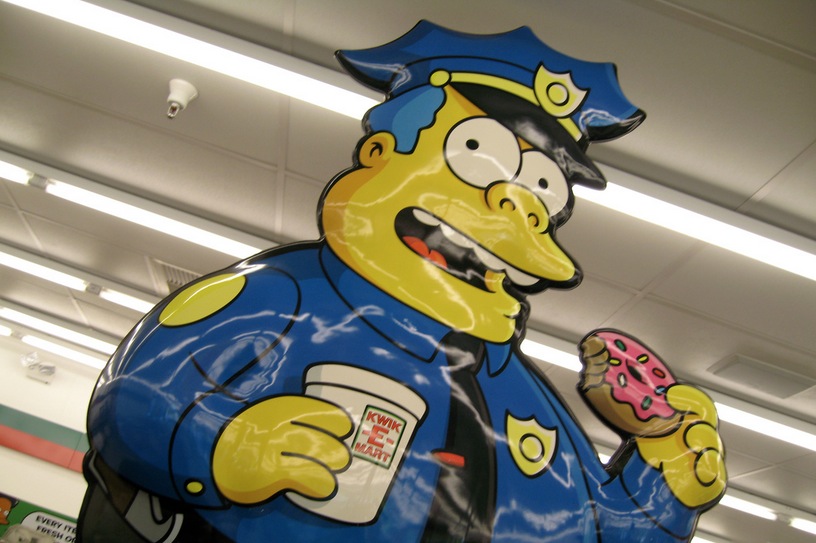 A North Carolina cop who was burned when he spilled a free cup of coffee on himself is suing Starbucks for $50,000. He claims the burn caused serious emotional damage and led to a surgery to remove part of his intestines.

Raleigh police Lieutenant Matthew Kohr says he received a free cup of Starbucks coffee in January 2012 but the lid popped off and spilled hot coffee that burned his skin, WRAL reports. He claims the burn aggravated his Crohn’s disease which led to a surgery to remove some of his intestines.

Kohr and his wife want to be compensated for medical expenses, legal fees and emotional damage. The lawsuit claims that Kohr’s wife lost “a source of emotional support, her social companion and her intimate partner.”

Starbuck’s lawyers argued that since Kohr did not purchase the coffee, he is actually not entitled to protections by the company’s warranty.

The court is currently in the process of selecting a jury.

Hot drinks have a knack for stirring up contentious lawsuits. In 2010, a district court dismissed a $3 million lawsuit against Starbucks from a woman claiming to be burned by hot tea.

McDonald’s has faced lawsuits over spilled coffee as well, with attorneys alleging in one recent case that a woman faked her burns in an attempt to get money out of the company.