The former head of security for the Transportation Security Administration is on paid administrative leave and will be reassigned, not fired, despite being replaced after repeated security failures.

Deputy TSA administrator Darby LaJoye replaced Kelly Hoggan Monday as security chief, but did not fire him. Hoggan will reportedly be reassigned and is currently placed on paid administrative leave.

Hoggan joined the Office of Security Operations in 2013 and received a $90,000 bonus over his first 13 months. During a congressional hearing in April lawmakers tore into TSA Administrator Peter Neffenger, who defended Hoggan as recently as May 12, over why a person with no past intelligence experience received such a large bonus, given the agency’s shaky security background, reports The New York Times.

A leaked report from the Department of Homeland Security found over 70 tests, auditors were able to get fake explosives and guns past security 95 percent of the time. (RELATED: TSA Head Of Security Replaced In Major Agency Shakeup)

Three whistle blowers from the TSA testified during the April hearing, saying Hoggan lacked any background in intelligence and participated in punishing other whistle blowers with pay downgrades and reassignments. The whistle blowers say removing Hoggan does not go far enough and fails to address the alleged bureaucratic failures of top officials at the agency.

Mark Livingston, one of the whistle blowers, said in April testimony senior leadership at the TSA is “paralyzing” the agency.

“I also kept telling Congress that character assassination was an Olympic sport at TSA,” Livingston told The Washington Post. “Neffenger promised to have an open-door policy for retaliation cases, but he has not even spoken to the three whistle blowers or the others who might have requested to see him. He cannot fix the airports if he can’t fix the most obvious management issues that Congress and whistle blowers show him.” 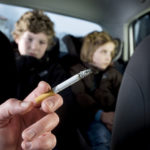