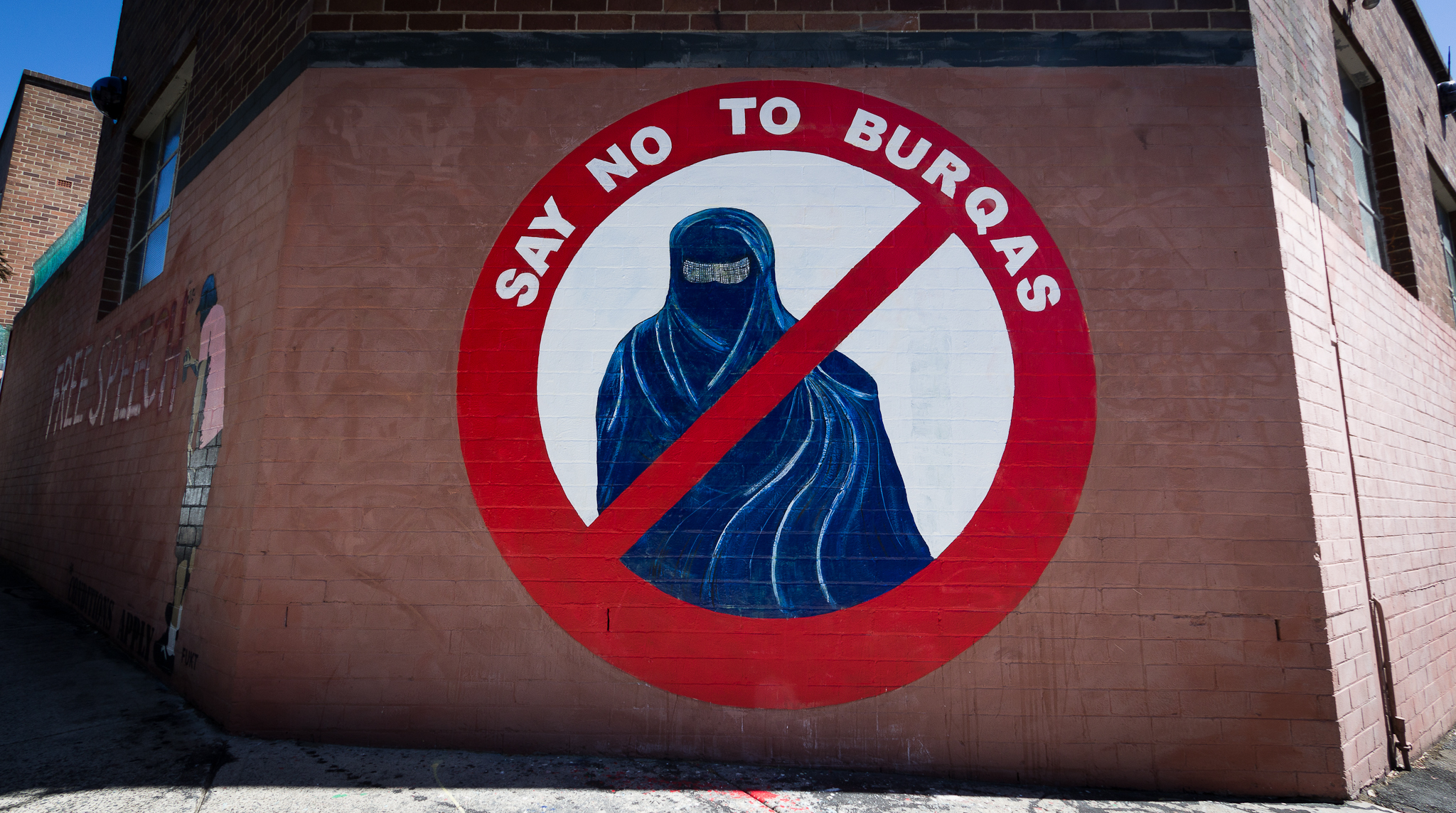 On July 1st the Italian speaking province of Ticino in southern Switzerland began enforcing the outcome of a 2013 popular referendum that banned the burka and hijab in public spaces; two full body coverings worn by some women who practice the Islamic faith. They are the first in Europe to follow the French, who passed a national law in 2011 against the Burka being worn in public spaces, which was upheld by the European Court of Human Rights.

The new law states the penalty for failure to comply can result in fines ranging between 100 Swiss Frances and 10,000 Swiss Francs. Already two individuals have been subjected to the new law that came into effect at the beginning of the month, A Swiss female citizen, who has converted to Islam, and a French-Algerian businessman.

The population of the canton of Ticino itself is only ~2% Muslim so the impact of the law on local citizens will likely remain almost undetectable. The largest concern is over tourism, seeing as the Canton is located in the picturesque Alps, which brings in many tourists, many of which happen to be Muslim. Yet thankfully, Muslim countries like Saudi Arabia, have been cooperative. Recently their embassy in Bern, Switzerland put out the following statement:

“The embassy wishes to emphasise that the Ticino cantonal authorities in south eastern Switzerland have announced that as of July 1, 2016 they will start to enforce the burka (niqab) ban in public places in the canton, including in Lugano, Locarno, Magadino, Bellinzona, Ascona and Mendrisio […] As school holidays [in Saudi Arabia] are coming up, the embassy reminds all honorable citizens of the necessity to respect and conform to Swiss rules and regulations in order avoid all problems.”

As someone looking to maintain and return freedom to Western society I have absolutely no issue with this ban. Surprised? Probably, since the knee jerk response is to say, “Banning the Burka is an outright assault on religious freedom and freedom of expression.” Yet if you allow that knee-jerk “liberty” response to pass it becomes clear things aren’t all that simple…

What if allowing the burka and niqab in Western societies made those societies all the more conductive environments for the growth of conservative forms of Islam which are physically harmful to women? This isn’t an unreasonable concern seeing as nations like Sweden are already suffering from rising rape incidents that have corresponded with the rise of Islamic migration to the country. No matter how many laws countries have protecting women against subjugation or abuse, the prevalence of ideologies that do exactly that will remain. And these are only the cases which have been reported.

It is highly probable that by keeping such garments legal some will have the freedom of expression/worship they desire; yet, more women will likely be oppressed, beaten, raped, etc. These garments not only shame women and force them to live a life in hiding, they can aid abuse directly by hiding the signs of physical abuse, or indirectly by fostering a culture of conservative Islam that allows fosters the mistreatment of women, like the issues currently plaguing Sweden.

If this is the case, then the consequentialist argument is that banning these garments brings more liberation than restriction to a society and, therefore, these garments should be banned.

We must draw the line with religious liberty where it impedes on the freedom and autonomy of others.

Expendable Animals: Increasing Trend of Dogs Being Shot by Police

Pennsylvania Judge So Drunk She Falls Over During Traffic Stop