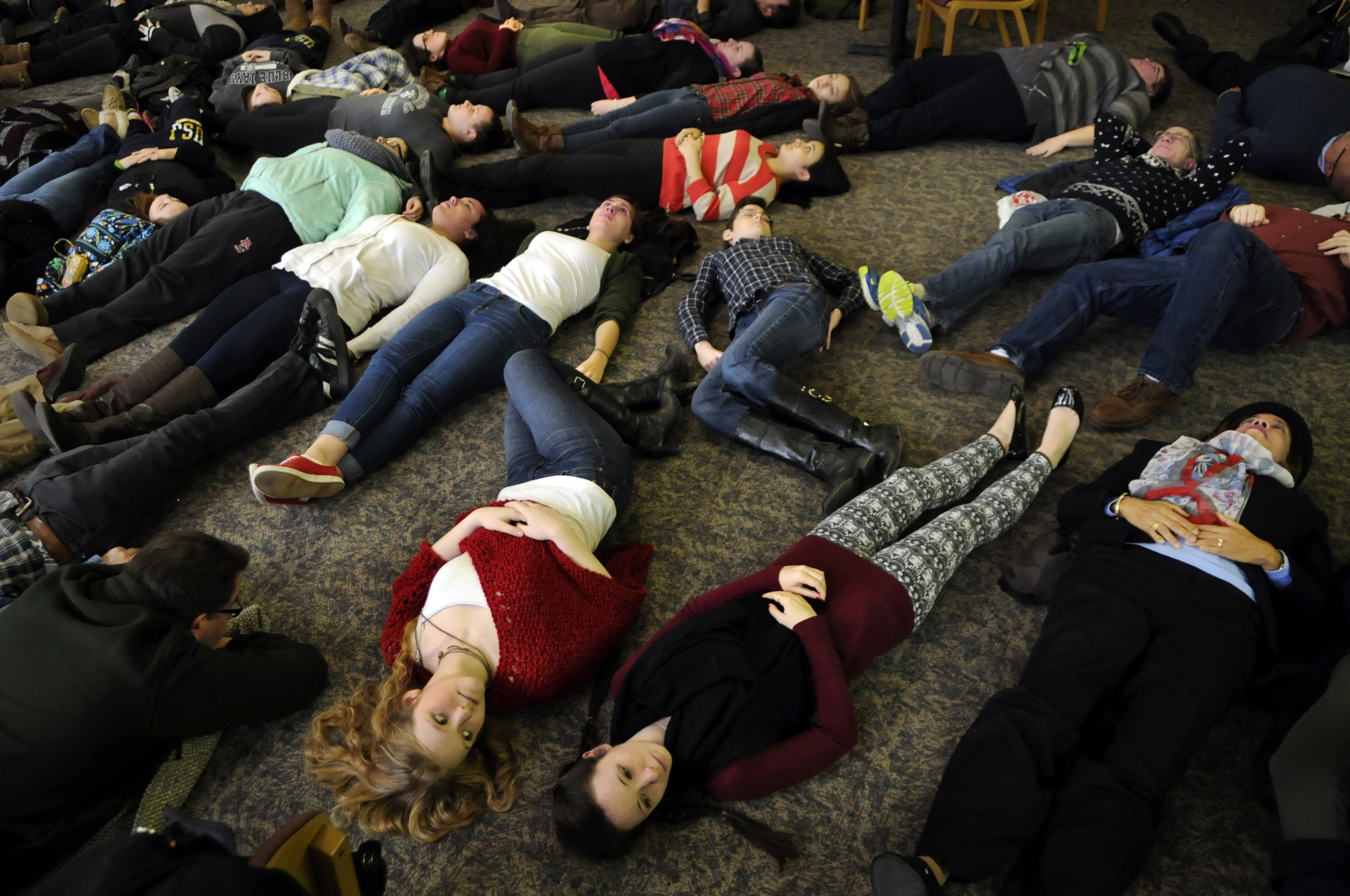 A group of 15 activists hosted a “die-in” Friday to protest the recent police shooting of Tyre King, a 13-year-old robbery suspect.

The group, most students from Ohio University, laid in the middle of the university’s Baker Center, reports the Athens News.

The protesters all wore black shirts and placed a sign in the middle of their “die-in” reading, “Stop Killing Black People.” Activists hosted the event “in solidarity” with King and his family, Madhu Pesala, a sophomore at OU, said.

A Columbus, Ohio, police officer shot King while responding to a robbery call. The witness who called police said a group of seven to eight people, one of them armed, robbed a man.

King and another boy fled the scene when police approached them, according to police. Police alleged that one of the boys pulled what looked like a hand gun from his waist area. In response, police fatally shot King.

Pesala said the event was meant to show their willingness to take apart the “racist” police system.

“Our purpose was mainly to express solidarity with Tyre King and his family, just to show that we won’t stay ‘calm’ as suggested by the Columbus police chief, (and) we won’t trust the police’s account of the event. We want to show that we are here and willing to organize to dismantle the current racist system of police,” Pesala told Athens News.

Pesala noted that many students and alumni walked past the protest. The university hosted the OU for Black Alumni Reunion, an event dedicated to the campus’s black alumni, over the weekend.

France Bans Plastic Forks And Knives — Because Of Global Warming

I’m Manager of a Kratom Bar, Here’s How The Ban Affects me…