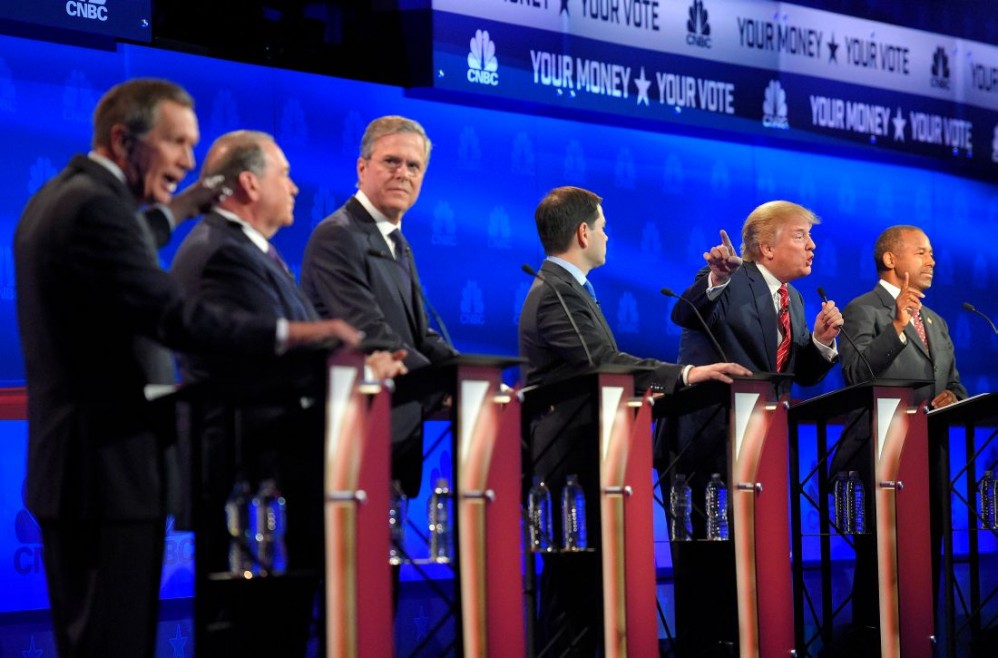 An inside look into the aftermath of the CNBC Republican debate Wednesday shows just how devastating the performance was for CNBC employees.

CNNMoney spoke with multiple anonymous CNBC staffers who shared their humiliation. The staff reportedly spent the plane ride after the debate appalled by the performance, questioning what went wrong, and wishing they could get a “do over.”

“Everyone feels pretty embarrassed,” one said, and another added, “We were shell-shocked.”

CNBC took heat for several questions, including when they started the debate by asking each candidate what their biggest weakness was. They took heat for allegations of bias for asking Donald Trump if he is running the comic book version of a campaign.

The moderators were also embarrassed when Trump argued with moderator Becky Quick over something he said about Mark Zuckerberg. They went back and forth before Trump said “I don’t know, you people write this stuff,” drawing applause and forcing Quick to give up and say “my apologies.”

While many pointed out the problems with CNBC’s questions, it was Texas Sen. and presidential candidate Ted Cruz who really eviscerated them.

“The questions that have been asked so far in this debate illustrate why the American people don’t trust the media,” Cruz said. “This is not a cage match.” He added. “How about talking about the substantive issues people care about?”