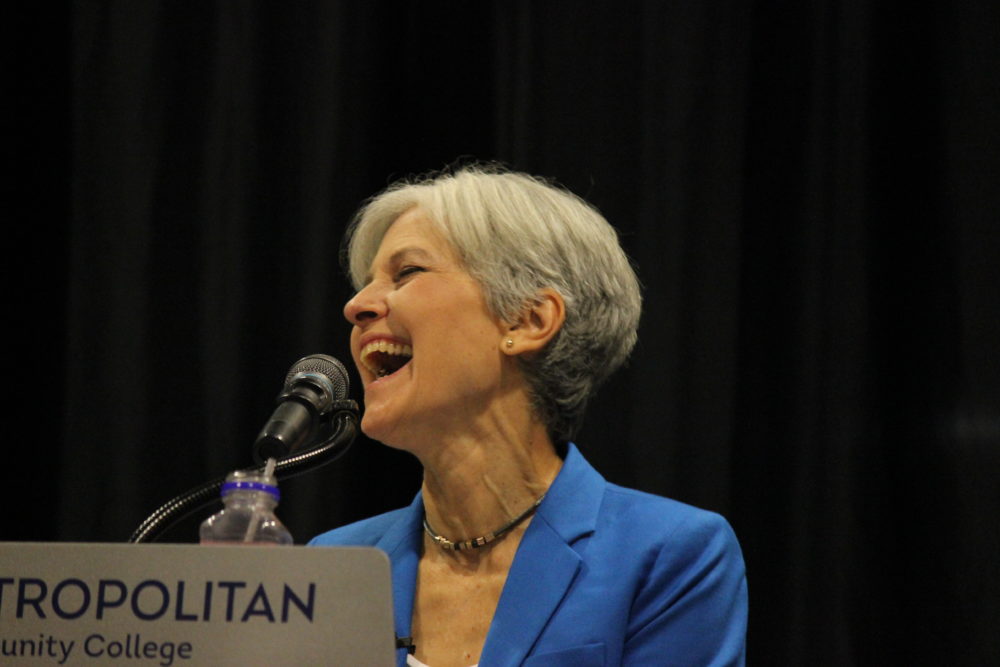 The complaint was lodged in connection with litigation staged after President Donald Trump’s victory in the November general election. Stein’s campaign raised over $7 million in order to finance recounts in Wisconsin, Michigan, and Pennsylvania. Lawyers representing former Democratic presidential nominee Hillary Clinton briefly participated in the effort, which did not uncover evidence of abnormalities.

In an amended complaint filed this week, Stein argues Pennsylvania’s recount procedure violates the Fourteenth Amendment’s due process guarantee, because it contains no mechanism for individual voters to review a record of their ballot after casting their vote on an electronic interface. Many states maintain voter-verifiable paper audit trails (VVPATs), a printout provided by a voting machine which allows a voter to verify their ballot was cast correctly. Many states keep these records after the election, in the event of a recount.

Absent some verification system like a VVPAT, Stein claims it is impossible to audit electronic voting machines to ensure they have not been compromised by hackers.

Stein also claims that the “arbitrary” and “unreasonable” process governing requests for a recount in the state violates the Fourteenth Amendment. She argues:

In addition, Pennsylvania voters, including the Voter Plaintiffs, were unable to pursue their right to a recount, or to ensure their votes were counted in any way, as a result of arbitrary, unreasonable, byzantine, and absurdly burdensome election rules, as well as Defendants’ conduct set forth below. Nor, absent relief from the Court, will the Voter Plaintiffs be able to ensure their right under Pennsylvania law to a recount in future elections, unburdened by an arbitrary and unreasonable election regime.

Stein also alleges First Amendment violations. “Acting under color of state law, Defendants, by the above, are maintaining and implementing a system of voting that denies Pennsylvania voters the right to vote, to have their votes counted, and to seek recounts/recanvassing of the vote, and that violates the First Amendment,” the complaint reads.

What to Expect From Trump’s Immigration Executive Order 2.0