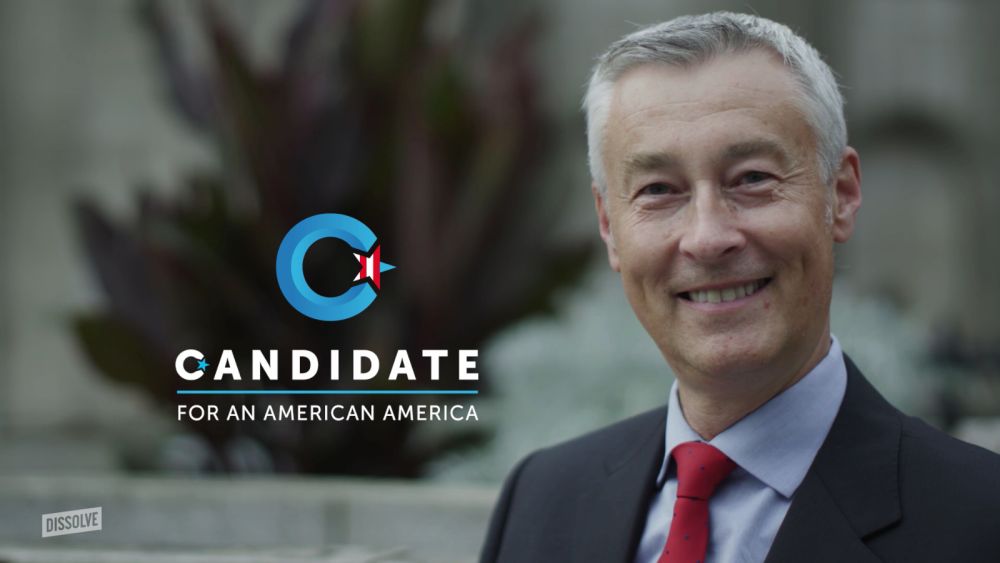 We’ve all seen the ads: a presidential candidate shakes hands with some businessmen, poses with a family and shows off his diverse range of supporters. Images flash across your screen—a combine in a farmer’s field at dawn, or a sunset over a big city skyline—that make you should “‘Merica!” aloud. Yes, presidential campaign ads are repetitive and predictable, yet somehow inspire the patriotism in a candidate’s supporters nonetheless.

A Canadian firm, Dissolve, has noticed this too, and so they decided to make a mock campaign ad using their own compiled stock footage…and it’s hilarious. The ad starts out with the generic candidate’s campaign logo and some inspiring music playing in the background, before the candidate says, “Hello, it’s me, candidate for president.” The candidate then talks about his hand gestures, flashes old photos of his parents, pans across some All-American landscapes, and does a montage of his supporters. Ridiculously accurate, Dissolve throws up a nurse, a chef, some tradesmen, a firefighter, a soldier and a teacher while the candidate’s voice-over says, “here are a bunch of different people matched with career signifiers, like a helmet, a uniform or a stethoscope, on the off-chance that you identify with one of them.” After talking about minorities and the elderly, the generic candidate then talks about his hate for thunderstorms, in opposition to his opponent, who “thinks thunderstorms are good.” The music shifts to a suspenseful tone while images of criminals flash across the screen. “These people? Why are they in your backyard? What do they want? Are they there to take all of your money? Are they there to kill you? Probably. Because I’m not president…yet,” says the generic candidate while a hooded man directs a knife at the camera.

The final minute of the video sums up the current campaign (particularly that of Donald Trump) perfectly. The candidate says, “My record shows that I can construct a narrative by keeping the details pretty vague. Families, the economy, faith, and education are all things that I’ve addressed in non-specific ways.” The video then shifts to listing off buzz words used by politicians, such as “great,” “future” and “strong”. Finally, we see a series of things the candidate says he “can do,” then a bunch of American flags flash across the screen. The video finishes with the typical “I’m (insert presidential candidate’s name here), and I endorse this message,” but with a twist of, “unless you disagree, in which case, I had nothing to do with it.”

Our description of the video doesn’t do it enough justice. Watch it for yourself below:

What Happened to Marijuana Legalization in Vermont?

Professor: If College Traumatizes You, Then You Need Psychiatric Help