I was listening to Dave Smith’s podcast, Part of the Problem, and they brought up a topic that seems to be a spot of contention for Libertarians: Intellectual Property. Intellectual property is the concept that someone owns an idea and that others cannot reproduce that idea without the owner’s permission. Being a musician, this is an area where I have thought long and hard, yet I still am not sure if there is an easy answer.

Most people would agree that whoever discovered that 2+2 equals 4 shouldn’t be entitled to compensation every time we do basic arithmetic. However, many also believe that if someone writes a book, someone else can’t reproduce that work without the original creator being compensated. This creates an issue in the realm of intellectual property.

One solution for this issue is patents. The problem here is that a patent says someone exclusively owns an idea and no one else should be able to recreate it. There are patents that allow for people to be justly compensated for the use of their idea, but not all.

Pharmaceutical companies rely heavily on patents and intellectual property laws. This keeps companies from being able to reverse engineer a drug and provide it to consumers at a lower cost. The second company did not invest the capital to bring the drug to market, so why should they get to swoop in at the last second and steal the idea? That’s where people get all tied up on this topic.

Why can someone patent drugs, books, and machines, but not mathematics or words?

I am a musician, but furthermore, I am a lyricist. I write songs for myself and other people. I would consider my lyrics to be a product of my own creation. Smith would say that they aren’t because the words are not a scarce resource. My use of the word doesn’t affect someone else’s ability to use them. So, words are basically in the definition of a “public good.” However, lets look a little deeper.

If I write a song and put it to music. I would own the lyrics, and maybe even the melody. What I know for sure that I don’t own is the chord progression, the tempo, or the key. These things individually I cannot own. What I can do is mix my talents with all of them, and my ability to construct a song, and said song would become the product of my creation.

If this isn’t so, then are all books free? Are all songs free? Why would anyone create them? Just so people could come to shows? Just so people would come to hear you speak? If that is the case, then should we throw people out for recording these events?

I certainly wouldn’t advocate for throwing someone in jail, but if someone was reprinting your book with their name on it and distributing it, then I would definitely be on your side in a civil suit.

I don’t know where the line is drawn. I am not sure that there is a clear-cut answer to this. I know that drugs would be a lot cheaper and a lot more competitive if they didn’t have to go through all the bureaucracy. I know that BMI and ASCAP are swindlers that abuse laws for their own benefit. What I do know is that before we jump out and start telling people that their art is worthless and they shouldn’t be able to protect it, we need to make sure that we are a lot more aware of what intellectual property actually is.

Rocky Ferrenburg grew up in Anchorage, Alaska, and now lives with his wife and three daughters in Twin Falls, ID. He is a writer, podcaster, and musician. Rocky has also spent time as a political advocate, candidate, and campaign manager.  While running his own business, an event services company, Rocky sat on committees for music festivals and has been a talent buyer for concerts. Rocky has five degrees from the College of Southern Idaho, two bachelors degrees from Washington State University, and is currently working on his MS in Applied Economics from Southern New Hampshire University. Rocky’s true passions lie in writing, music, and politics. 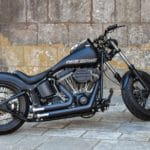 How to Select Your First Motorcycle 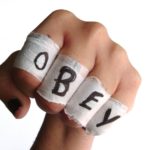 Dear Taylor Swift: The Trouble with Copyright Is Deeper Than You Know