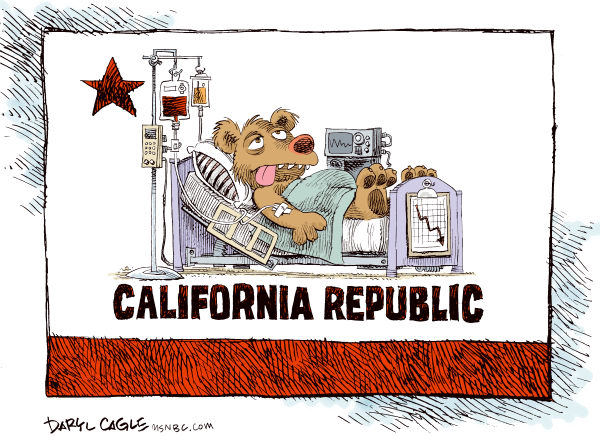 California may be able to pay for a proposed $400 billion universal health care system through an increased sales tax and a new tax on corporate revenue, according to a report released Wednesday.

The report, which was put together by economists at the University of Massachusetts-Amherst, projects the state will generate $106 billion in revenue annually through the tax hike. The report was paid for by the California Nurses Association, the same organization that is sponsoring the universal health care bill, known as the Healthy California Act.

California state senators face a Friday deadline to vote on the bill, which outlines how a universal health care system would operate but not how the state would pay for it. (RELATED: California Pushes Forward $400 Billion Universal Health Care Bill)

The economists who conducted the study suggest a 2.3 percent sales tax increase on top of California’s existing 6 percent rate. They also recommend a 2.3 percent gross receipts tax, which would apply to all corporate revenue.

Since the bill would eliminate out-of-pocket expenses, like deductibles and copays, the study says it would drive down overall health care costs for the poor and middle class while increasing costs for the wealthy through taxes. Poor Californians would get a tax credit to offset the increased sales tax.

This bill will be the model for the nation, “ RoseAnn DeMoro, executive director of the California Nurses Association, told ABC News. She went on to describe the measure a “moral imperative.”

While the study appears to solve the fiscal issues associated with implementing universal health care, its conclusions rests on a number of questionable assumptions.

The report found that providing universal health care for all Californians would cost $406 billion — a conclusion in line with the Appropriations Committee’s analysis. However, the report assumes that existing state and federal funding will provide $225 billion, leaving the $106 billion gap that the economists suggest can be covered through the proposed sales and corporate tax.

Charles Bacchi, the president and CEO of the California Association of Health Plans, criticized the report’s cost projections calling them “overly optimistic.” The study’s findings “rest on the shaky assumption that California will continue to receive the same level of waivers from the federal government,” Bacchi told ABC News.

Bacchi’s skepticism seems warranted in light of the Trump administration’s recent budget proposal, which cuts Obamacare payouts by $1.25 trillion over the next ten years.

The study also assumes the state will be able to save $75 billion through greater efficiency and negotiating better drug prices. This idea has been met with skepticism who believe the projection is overly optimistic.

“The idea that you can reduce unnecessary and inefficient delivery of services in a system with unlimited free health care where doctors determine medical necessity is just nonsense,” Micah Weinberg, president of the economic institute at the employer-backed Bay Area Council, told the Sacramento Bee. “With everything going on in D.C., I understand the desire to meet crazy with crazy. But that’s just what we’re doing here.”