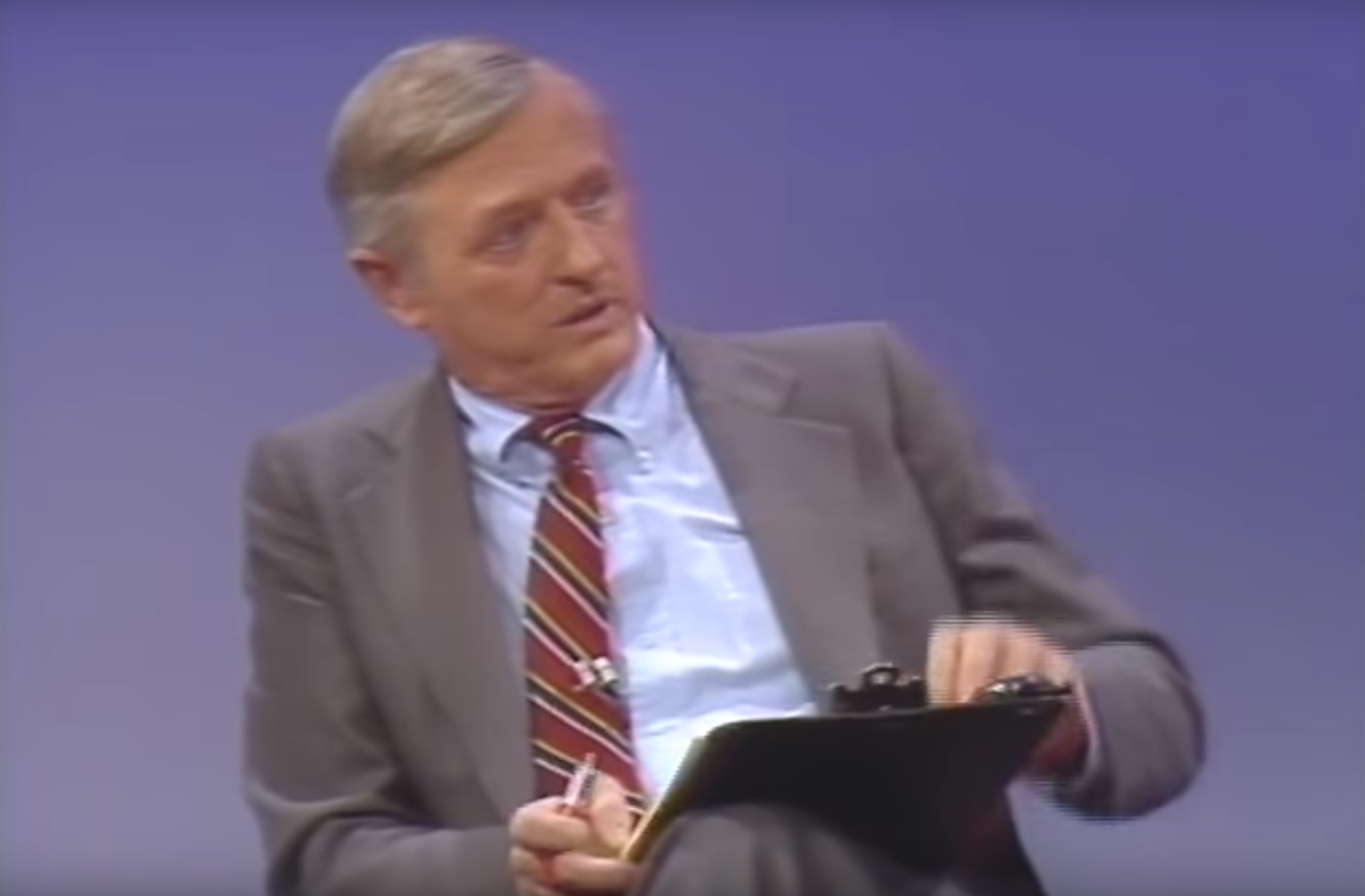 Whether they are voting for Hillary Clinton, Gary Johnson, someone else, or no one at all, at this point in the game many Americans are Never Trump. While the #NeverTrump movement proper might be done for, there is still a significant, and loud group on the right that refuses to support the Republican Nominee. But before the loud cries for a third party candidate, before the exodus to the LP, and before Ted Cruz denied Trump an endorsement that could have helped unify the party, one conservative luminary saw Trump for what he was… 16 years ago.

For over 50 years William F. Buckley was the bullhorn for American conservatism, helping craft the modern movement himself from the ashes of liberal opposition in the 1950s. From orchestrating the Barry Goldwater campaign to debating Gore Vidal on his cult-classic television program The Firing Line, Buckley remained an active part of the American political consciousness until he died in 2008.

Before that time came, as a New Yorker and a politico, Buckley had ample opportunity to make his opinion known about Donald J. Trump. Back in 2000, Trump ran for president under the banner of Ross Perot’s Reform Party. Trump focused his campaign on the issues of fair trade, eliminating the national debt, and achieving universal healthcare as outlined in the campaign companion piece The America We Deserve, released in January 2000.

In an essay published in the March/April 2000 issue of Cigar Aficionado, Buckley pegged Trump as a narcissist, a demagogue, and unfit for office. In a typical Buckleyesque rhetorical flourish laced with condescension, the piece is something that could have been published in his cherished National Review today.

Look for the narcissist. The most obvious target in today’s lineup is, of course, Donald Trump. When he looks at a glass, he is mesmerized by its reflection. If Donald Trump were shaped a little differently, he would compete for Miss America. But whatever the depths of self-enchantment, the demagogue has to say something. So what does Trump say? That he is a successful businessman and that that is what America needs in the Oval Office. There is some plausibility in this, though not much. The greatest deeds of American Presidents — midwifing the new republic; freeing the slaves; harnessing the energies and vision needed to win the Cold War — had little to do with a bottom line.

16 years ago, ladies and gentlemen. The more things change, the more they stay the same. In Buckley’s view, Trump’s business acumen – despite its highly questionable success – is worthless in the realm of statecraft. But he did not stop there; he also dismissed Trump’s efforts to “self-fund” as ho-hum. Compared to Steve Forbes, Buckley saw Trump as only interested in himself.

So what else can Trump offer us? Well to begin with, a self-financed campaign. Does it follow that all who finance their own campaigns are narcissists? At this writing Steve Forbes has spent $63 million in pursuit of the Republican nomination. Forbes is an evangelist, not an exhibitionist. In his long and sober private career, Steve Forbes never bought a casino, and if he had done so, he would not have called it Forbes’s Funhouse. His motivations are discernibly selfless.

Writing at the beginning of the millennium, however, prevented Buckley from seeing what the Republican base has become. In 2000, he was optimistic that primaries and elections could weed out such candidates who played to the base fears of the masses.

In the final analysis, just as the king might look down with terminal disdain upon a courtier whose hypocrisy repelled him, so we have no substitute for relying on the voter to exercise a quiet veto when it becomes more necessary to discourage cynical demagogy…

Earlier this year, the NR published an entire issue devoted to the Never Trump movement that featured various conservative and libertarian commentators. After the issue’s publication, Trump characteristically tweeted, “The late, great, William F. Buckley would be ashamed of what had happened to his prize, the dying National Review!”
Clearly Mr. Trump forgot to do his homework and get his facts straight. But what’s new.
previous post