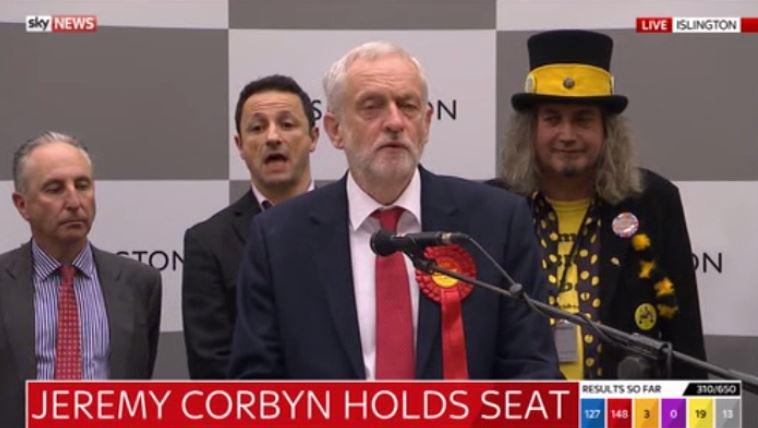 Fraser won just 413 votes in the run for the London seat compared to Corbyn’s 40,086 votes, in what was a rough night for UKIP candidates across Great Britain.

The UKIP candidate from Islington just mouthed "terrorist sympathiser" behind Jeremy after he won over 40,000 votes #GE2017 pic.twitter.com/IwwFSjh0wN

“The Prime Minister called the election because she wanted a mandate,”  Corbyn said. “Well the mandate she’s got is lost Conservative seats, lost votes, lost support and lost confidence.”

“I would’ve thought that’s enough to go actually and make way for a government that will be truly representative of all the people of this country,” Corbyn concluded.

EU May Demand That US Tech Companies Surrender Personal Data