We reported on Thursday that the opposition in the British Parliament declined Theresa May’s Brexit proposal. Time is ticking for the Conservative leader of the UK since the Brits are supposed to leave the EU within 10 weeks. Still, many individuals are keen to leave the European Union. “The EU is an undemocratic bureaucracy and purely socialistic in outlook”, Andrew Withers, chairman of the British Libertar 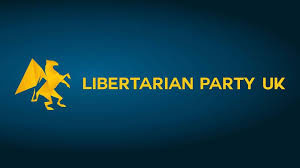 The British Libertarian Party (LPUK) is a rather new political party itself; they were founded in 2007, only 12 years ago. Andrew Withers has been chair of the Party for half its lifetime. Withers: “For the other half, I was its Party Leader.”

Ever since the start of the Brexit campaign, the LPUK has found itself in the Leave camp. In a recent Facebook post, the LPUK condemned, rightfully, the anti-free market tendencies of the European Union. Andrew Withers takes it further: “The EU is an undemocratic bureaucracy and simply socialist in outlook.”

It is true that the EU lost its original momentum in the late 1980s- early 1990s. Thorsten Polleit wrote in an essay on Mises: “The EU is a case par excellence illustrating the failure of interventionism. To be fair, in its early stages there was something like the European idea of creating a truly free trade area: a free cross border flow of goods, labor, and capital. This was basically achieved in the early 1990s. It brought indeed positive effects for growth and employment in basically all European nation states. But the EU’s politics didn’t stop there. It wanted to become more powerful.”

Theresa May: genius or fool?

Unfortunately, the Brexit Movement is facing opposition in the British Parliament. The current British Prime Minister Theresa May, is the center of criticism. The LPUK isn’t keen on May either. “She is one of the most incompetent Home Secretaries we have ever had.  Even for a member of the conservative party, she’s very authoritarian. At the moment I cannot decide whether she is a genius or a fool over the way she is handling the Brexit negotiations”, Withers argues.

Even if the Brexit is taking longer than expected, Andrew Withers assured us there is a silver lining. “Amidst the political game of chess, the LPUK witnesses a rise in membership. UKIP members and Conservatives that grew frustrated with their party politics are joining the LPUK. They see us as a viable alternative to their party”.