Following the historic Brexit vote last Thursday, nationalists the world over seem to have been injected with new life; as their goals become ever more lucid in the eyes of the populace.

Further secessionist talk has been forthcoming from the city of London and from Scotland. California, Texas and even New Hampshire also seem to be catching the fever.

Nate Smith, Executive Director of the Texas Nationalist Movement, had this to say:

“…we have been receiving new supporters and volunteers at a pace like we have never seen. And as word about the Brexit referendum has spread throughout Texas, people are realizing that the TNM is offering a real choice and a real solution and not just more of the same.”

Facebook and Twitter were bombarded after the Thursday vote with nationalism-inspired memes and hashtags. #TEXIT and #CALEXIT, in particular, were trending as people demonstrated support for their own, more localized, national aspirations.

Daniel Miller, President of the Texas Nationalist movement, is one of those people who believes the time for Texas’ own referendum on whether or not to remain in the US has come, and that the people of Texas should be able to voice their opinion on the matter through a vote:

“For over a decade the TNM has been on the forefront of calling out the overreach of and abuse of Texas by the Federal Government. Unlike the professional complainers in the political class we have proposed the only solution to this problem – Texas independence. It is past time that the Governor and the rest of the Legislature respond to the large number of Texans who want their say on the matter and give us a vote.”

California is no different. The Washington Times reports that California independence activist Louis Marinelli had this to say:

His group, “Yes California” (an organization advocating for an independent California) is currently gearing up for a 2020 referendum vote for California, similar to Brexit, on staying in the union. The Governor of California, Jerry Brown, jokingly added to the conversation back in March:

“If Trump were ever elected, we’d have to build a wall around California to defend ourselves from the rest of this country.”

It certainly looks like the fallout from Brexit will continue to echo for sometime to come; as more and more people see visions of smaller, more localized, and familiar governments, and begin to believe that those visions can someday become reality. 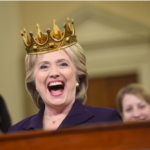 Australia Is Still Under Great Britain, Unless This Movement Succeeds