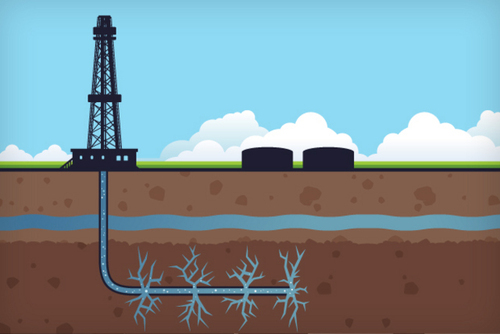 It’s another bad day in court for environmentalists trying to prove how bad hydraulic fracturing has been for the town of Dimock, Pa.

A Cornell University engineering professor often used by activists to attack fracking ran from reporters after he admitted in court there was no proof drilling had contaminated Dimock’s drinking water.

Prof. Tony Ingraffea was forced to admit he was an anti-fossil fuel “advocate” in court Tuesday, and that he had no proof fracking done by Cabot Oil and Gas had contaminated the drinking water of two Dimock families suing the oil company, according to journalist Phelim McAleer.

McAleer, who also created the documentary “Fracknation” to expose anti-fracking myths, has been covering the trial against Cabot. He previously reported the plaintiff’s lawyer admitted they had no proof chemicals from fracking ever ended up in drinking water. McAleer confronted Ingraffea about his activism and lack of proof fracking contaminated Dimock’s water.

“He admitted that his theory contradicted the plaintiffs’ own timeline,” McAleer continued. “Under Ingraffea’s theory, the ‘contamination’ could only have started in late 2008/early 2009 because that was when the gas drilling started; however, the plaintiffs have stated repeatedly that their water allegedly deteriorated in the summer of 2008 before the drilling Ingraffea has been blaming for the past 8 years.”

“Then Ingraffea shockingly admitted that after eight years of claims and multi-million dollar lawsuits, he had no proof that Cabot had contaminated any water in Dimock,” McAleer wrote.

It was after this stunning admission that McAleer approached Ingraffea outside the courthouse, where the anti-fracking professor tried to avoid questions about his admission and even hid behind a woman’s coat.

“I wanted to know if, after admitting under oath that he had no evidence to back up his claims that Dimock’s water was contaminated, he would now take the opportunity to apologize to the people of Dimock. He didn’t. He ran away,” McAleer wrote.

Ingraffea became an eco-celebrity after he and a colleague published a report in 2011 claiming methane emissions from fracking would cause more global warming than coal. He was then taped by anti-fracking celebrities, like actor Mark Ruffalo and Yoko Ono (no one really knows why she’s still famous), for his criticisms of fracking — he and Ruffalo appeared in TIME magazine in 2011 for their activism.

Ingraffea also made an appearance in the anti-fracking film “Gasland: Part II” in 2013. In the film, he claims “industry documents” show 60 percent of all fracked wells failed, but this claim was later proven false — the document cited in the film had nothing to do with fracking on land, but instead with drilling in deeps waters in the Gulf of Mexico.

Ingraffea has since appeared at numerous events alongside celebrities, speaking out against fracking and fossil fuels.

“It’s sad that people such as Professor Ingraffea can make so many damaging claims, scaring people, telling them their water is poisoned, and all these years later admit in a court that he never had any evidence to back up his scaremongering,” McAleer wrote.