Black Lives Matter Philly banned white people from an upcoming event, claiming it is a “black only space.”

The April 15 meeting plans to discuss projects and initiatives for the upcoming year and a place for people to “meet, strategize and organize.” While children are invited to attend, white people are explicitly banned from the meeting, according to the Facebook event page.

When people began questioning the ban on whites over Twitter, Black Lives Matter Philly stayed by their ban, explaining that their meetings are “black centered.”

Anyone who identifies as “African disapora” is allowed to attend, the group explained over Twitter.

“If you identify as a person of the African Diaspora You can attend our meetings and become a member. If not you can support us in other ways,” Philly BLM said in a tweet. “African Disapora” usually refers to people who were taken out of Africa during the Transatlantic Slave Trades.

If you identify as a person of the African Diaspora You can attend our meetings and become a member. If not you can support us in other ways https://t.co/GTCkKVC7xV

One Twitter user pointed out that Civil Rights leader Martin Luther King, Jr. worked side by side with whites to accomplish his goals. Philly Black Lives Matter responded by saying that was King’s decision.

Malcolm took our same stance. White people could not attend the meetings but could support his organization https://t.co/RyUGClETHJ

The group also referred to Malcolm X, saying he too had banned whites from his meetings on race. 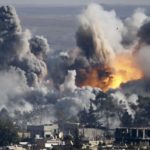 Pentagon: Less Than 1 Percent Of Strikes On The Islamic State Kill Civilians 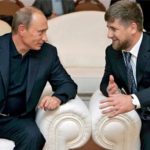