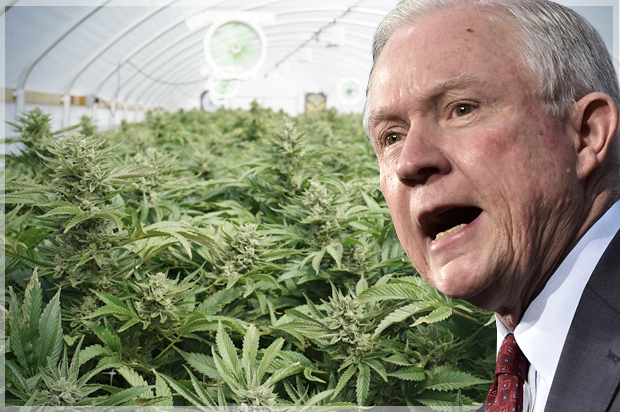 The bipartisan rebuke comes after numerous attempts by Sessions to petition Congress to give the Department of Justice power to crack down on state legalization laws. The committee overwhelmingly approved the Rohrabacher-Blumenauer amendment Thursday, which originally passed in 2014 and prevents the DOJ from using federal funds to prosecute individuals in states with medical legalization.

“This vote is not only a blow against an outdated Reefer Madness mindset, it is a personal rebuke to Jeff Sessions,” Tom Angell, chairman of the Marijuana Majority, told The Daily Caller News Foundation. “The attorney general, in contravention of President Trump’s campaign pledges and of public opinion, specifically asked Congress to give him the power to arrest and prosecute medical marijuana patients and providers who are following state laws. A bipartisan group of his former Senate colleagues just said no.”

Congress voted to reauthorize the amendment in May, but it was only attached to a short-term spending bill. In a letter sent to Congress later that month Sessions asked they dismantle the amendment, arguing the state protections undermine the DOJ’s ability to combat the illegal drug trade.

Sessions cites the current drug epidemic involving opioids, which killed a record 33,000 Americans in 2015, as reason to remove the restrictions placed on the Justice Department. Recent research, however, suggests that legal marijuana is helping reduce abuse rates of prescription drugs.

“A majority of states now allow medical cannabis, and we will not allow drug warriors in the Justice Department to roll back the clock,” Angell told TheDCNF. “The war on marijuana is ending, even if Jeff Sessions doesn’t realize it yet.”

Medical marijuana is legal in 29 states and Washington, D.C., where it is also legal for recreational use. Nearly 20 percent of Americans now have access to legal pot.