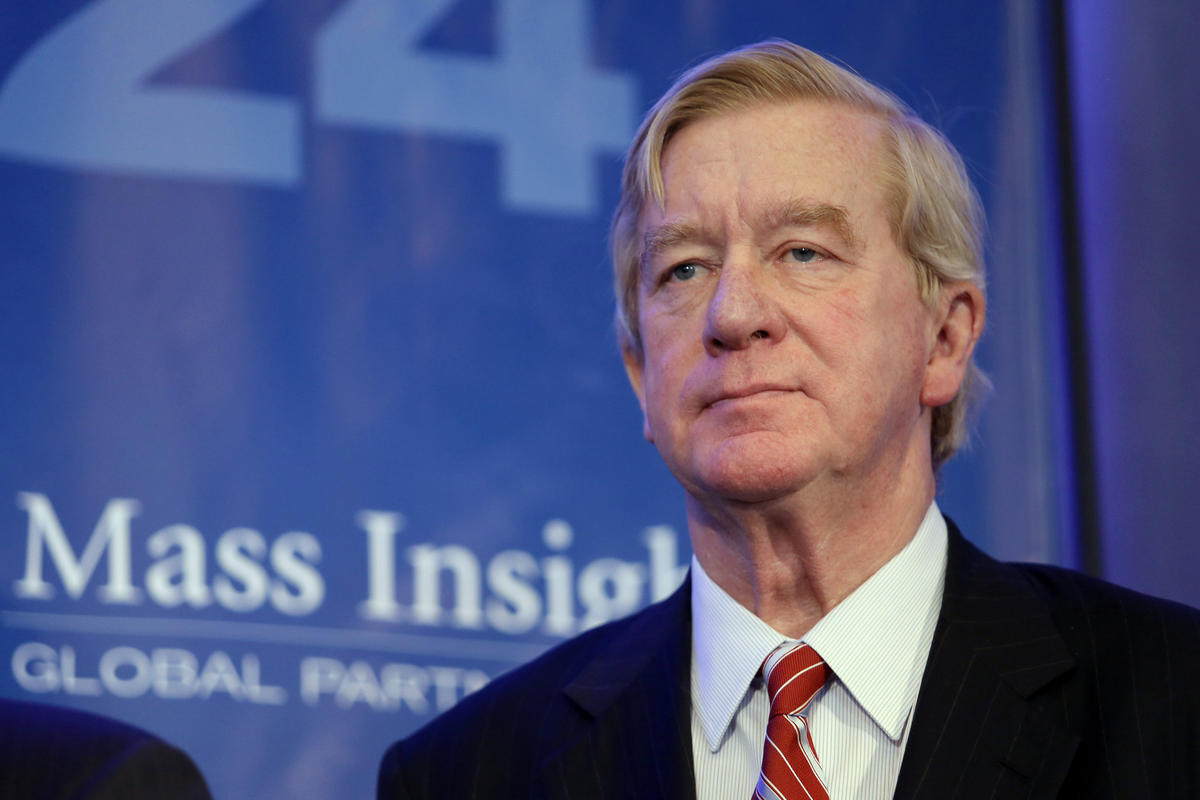 Bill Weld, the former governor of Massachusetts now running as the Libertarian Party’s candidate for vice president, called today for a 1,000-agent task force to combat Islamic State adherents in the United States, and for a tip line where Muslims could inform on radicalism.

“Let’s face it: The United States is under attack right now by ISIS and ISIS copycats,” Weld said. “They have a deep pool to pull from. There are over 3 million Muslims in the United States — maybe Mr. Trump will want to deport them all, but the better approach is to work with the community.”

Weld’s remarks are pretty sensible. He proposes we develop a special task force dedicated to combating ISIS sympathizers and adherents in the U.S. and work with the Islamic communities to identify extremists. Weld criticizes Donald Trump’s rhetoric that alienates Islamic communities and suggests that the good men and women in these communities would be happy to work alongside authorities to prevent radicalism from growing. Nothing about Weld’s remarks suggest any policies that are unconstitutional or even insensitive.

It’s also important to note that Weld’s policy suggestions address the issue in a way that can attract conservatives while maintaining a key distinction between Islamic communities and radical elements that hide within them.

But some libertarians seized upon these remarks to blast Weld and his running mate Gary Johnson. Some began angrily passing around an article which ran at The Liberty Conservative which compared these sensible community policing polices to the Gestapo.

In short, Weld thinks that encouraging more snitching to the federal government along with empowering the Department of Homeland Security or a similar agency to expand and take more control is how to go about keeping us safe. This is the polar opposite of what Ron Paul, a true libertarian, preached throughout his valiant career. It was his consistent message of peace, freedom and prosperity that galvanized millions to fight for the cause of liberty.

These are the kind of baseless policy criticisms that make libertarians look like naive amateurs at a time when the nation is giving us a closer look than ever before.

First, let’s be clear: if you or any individual knows that someone is going to commit violent acts against innocent individuals, you should absolutely notify the authorities. This author actually refers to this as “snitching” — this is about preventing murders, not telling mom your brother took too many cookies. The author then goes on to ridicule the idea that federal law enforcement should be tasked with stopping terrorists linked to an international organization.

More than 70 individuals have been arrested inside the U.S. with ties to ISIS. The protection of life and liberty is the government’s rightful task and investigating and stopping terrorists is certainly a part of that.

Then he writes that “this is the polar opposite of what Ron Paul” would do. With all due respect to the honorable Ron Paul, who cares? Ron Paul is not the model of libertarianism anymore than any individual is (this is still a movement of individualists and not a cult devoted to deifying Ron Paul, right?), and his opinion does not dictate what libertarianism is or is not. I owe Ron Paul a lot, he introduced me to some great idea, but he is just a man. Stop using his opinions as a substitute for your own critical thinking.

The good people at The Liberty Conservative also ran a rebuttal in the form of Remso Martinez’s podcast The Remso Republic, praising Weld’s community policing comments. Check it out.