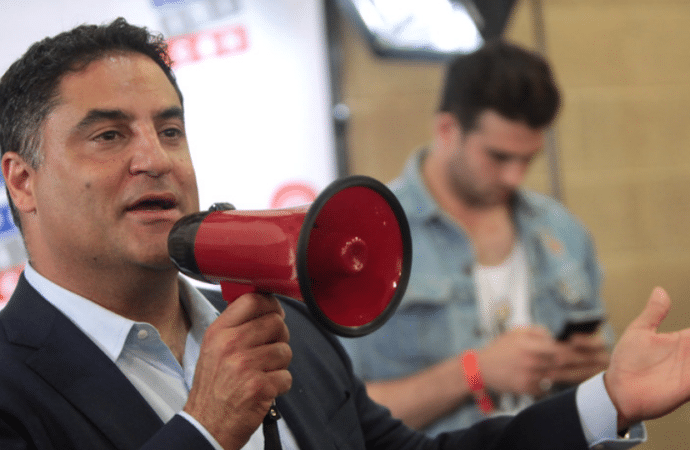 2020 presidential candidate Bernie Sanders is endorsing Democratic congressional candidate Cenk Uygur, who said in 2013 that bestiality should be legal in certain cases.

“For many years Cenk has been one of the outstanding progressive journalists in our country,” the Vermont senator said, according to a press release obtained by senior HuffPost political reporter Kevin Robillard on Thursday. “I’m endorsing Cenk because I know he will serve ordinary people, not powerful special interests. He is a voice that we desperately need in Congress…”

The congressional candidate said the endorsement was an “honor,” according to the statement.

Uygur, founder of the left-wing media outlet “The Young Turks,” has consistently come under fire for past comments. Videos emerged on Twitter in November showing Uygur talking about bestiality in 2013 on his show.

He said he would legalize certain kinds of bestiality if he were the “benevolent dictator of the world.”

“Here comes the controversial part I shouldn’t say,” Uygur said, according to the 2013 video. “I believe that if I were the benevolent dictator of the world, I would legalize bestiality where you are giving, you are pleasuring the animal.”

Other videos, all posted to Twitter by M. Mendoza Ferrer in November, show Uygur making various inappropriate remarks about women. In one, he discussed a rating system for women, explaining what “score” the woman would have to be for her to “suck your dick.” Another video from 2013 shows Uygur talking about how “hot” women from the Dominican are.

BREAKING: #Cenk2020 calls for legalizing BESTIALITY where you "are pleasuring the animal" in 2013. (Warning: Explicit Video)

The Democrat was also fired from the Justice Democrats, a progressive political action committee, in 2017 after sexist blog posts he wrote from the early 2000s surfaced, according to HuffPost.

“The words and conduct in Mr. Uygur and Mr. Koller’s posts degrade what it means to be a Justice Democrat,” said Justice Democrats executive director Saikat Chakrabarti, according to a past statement. “We do not feel that Mr. Uygur is fit to lead or participate in an organization that truly believes women’s issues and the issues of black and brown people are all of our issues.”

Uygur previously said his past comments “do not reflect who I am today,” according to The Daily Beast. Numerous progressive groups have slammed him for his commentary, the outlet added.

Sanders did not mention Uygur’s colorful past in his statement announcing the endorsement. The campaign did not immediately respond to a request for comment from the Daily Caller News Foundation.

Uygur is running for former Democratic California Rep. Katie Hill’s seat. She resigned in October after allegations that she slept with a congressional staffer and a campaign staffer. Republican George Papadopoulos is also running for Hill’s seat.

Papadopoulos spent 12 days in prison after being convicted of lying to the FBI about his contact with Russian-connected individuals during the 2016 presidential campaign.