Democratic presidential candidate Sen. Bernie Sanders said the Federal Reserve should bail out Puerto Rico in the way it bailed out major banks during the financial crisis at a town hall hosted in San Juan Monday.

“If the Federal Reserve could bail out Wall Street, it can help the 3.5 million American citizens in Puerto Rico improve its economy and lift its children out of poverty,” he said, according to The Hill.

The island currently faces a $70 billion debt burden, recently defaulted on a major payment and faces another $2 billion payment in early July.

“They cannot have it all – it is morally unacceptable that billionaire hedge fund managers have been calling for even more austerity in Puerto Rico,” he continued. “The people of Puerto Rico should not be forced to suffer even more.”

Bloomberg reports Federal Reserve Chair Janet Yellen wrote to California Democrat Rep. Brad Sherman May 12, saying the central bank “does not have the legal authority to lend to a specific borrower,” therefore can’t provide direct financial assistance to the territory.

The House Committee on Natural Resources has been working with the Department of the Treasury on the technicalities of restructuring while constructing a bill to help the island.

The lower chamber is expected to introduce reworked legislation allowing the island to restructure its debt in this week after it stalled its initial bill following concerns on both sides of the aisle.

House Speaker Paul Ryan has made it clear the island’s financial burden will not fall into the hands of American taxpayers. 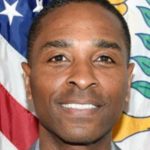