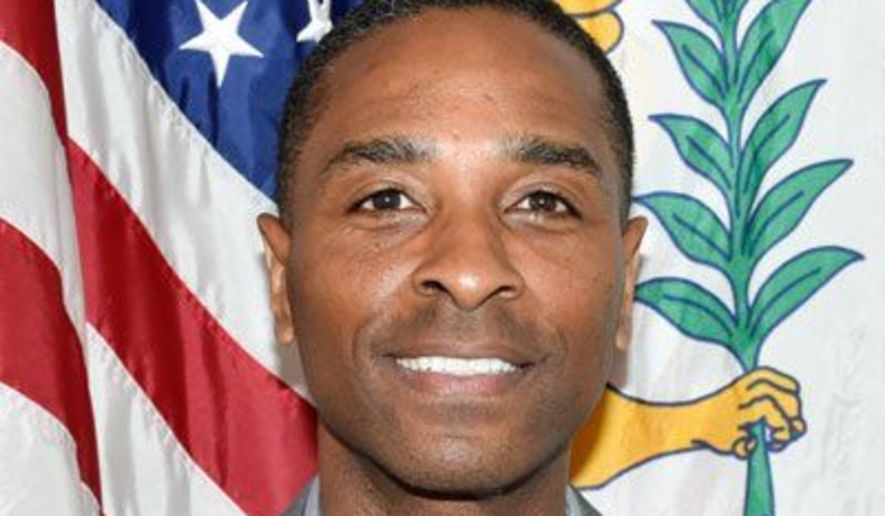 Virgin Islands Attorney General Claude Walker told a D.C.-based libertarian think tank he would be withdrawing a subpoena he sent the group in April as part of a broader investigation into ExxonMobil’s global warming stance — and in the same email threatened more legal actions against the group.

“Attorney General Walker’s subpoena of us is an outrageous violation of our First Amendment rights, and its sole purpose is to shut down debate,” Sam Kazman, senior counsel for the Competitive Enterprise Institute, said of Walker’s threat of more legal action.

Linda Singer, an attorney with the class action law firm Cohen Milstein representing Walker, emailed CEI Friday to tell the group Walker would be withdrawing his subpoena for decades of documents. Singer went on, however, to say Walker would reissue the subpoena “if OAG intends to move to compel your client’s compliance with the subpoena in its current form.”

CEI has asked D.C.’s Superior Court to fine Walker for violating the group’s First Amendment rights, and the think tank is asking for attorneys fees and other sanctions to be placed on Walker.

“Mr. Walker’s statement that he will end his D.C. court action, but may launch a new one whenever the mood strikes him, is the height of arrogance and demonstrates that he still doesn’t recognize the harm he has unlawfully inflicted,” Kazman said.

Walker’s abandoning of his current investigation into CEI comes as the attorneys general of Texas and Alabama intervene in a lawsuit Exxon filed against a separate subpoena Walker sent to the company earlier this year. Exxon is challenging Walker’s subpoena in Texas court, and now has the backing of two prominent state AGs.

Interestingly enough, the AGs’ brief focuses on Singer’s handling of Walker’s investigation into Exxon’s alleged misleading of the public on global warming. The AGs argue hiring a law firm specializing in class action lawsuits that could make millions of dollars if Exxon settles with Walker.

“We agree with ExxonMobil that serious jurisdictional concerns exist, but to protect the fundamental right of impartiality in criminal and quasi-criminal investigations, we intervene,” the AGs wrote. “Thus, the use of contingency fees is highly suspect in criminal cases and, more generally, when fundamental rights are at stake.”

Singer, the former attorney general for the District of Columbia, has made Cohen Milstein millions working with mostly Democratic attorneys general in class action lawsuits against various industries.

The New York Times wrote 2014 article how Singer goes about getting AGs to sue — or threaten to sue — all sorts of industries for huge sums of money. Her firm pays the upfront legal costs in exchange for a share of the rewards — usually between 15 to 25 percent of a settlement.

Singer, for example, won a massive settlement with Bank of america in 2009, netting Nevada an extra $38 million. As part of their contingency-fee, her firm got an extra $5.6 million, according to the Times.

Singer’s history with Walker suggests her firm could stand to gain millions if they convince Exxon to settle.

Singer recently handled a case for the Virgin Islands AG against Hess Oil over the closure of a refinery in the Virgin Islands. That settlement and the resulting sale of the refinery netted the Virgin Islands government $800 million. Singer’s handling of the case on what’s called a contingency-fee basis netted her firm $15 million, according to Exxon’s legal filing.

Exxon’s attorneys believe Singer is handling the case against them for Walker on a contingency-fee basis.