“The Republican establishment is trying to nullify the 2016 election. That’s a brutal fact we have to face.”

–Steve Bannon, during his 60 minutes interview.

Hearing the word “establishment” from anyone in media makes me wince for several reasons, but most importantly because it’s often said with a carelessness that envisions shadowy figures in dark rooms with grand, complicated plans smoking cigars rather than a bumbling mass of government officials and lifelong centrists that lack imagination and stumble through each crisis pretending to be in control.

However, Bannon was pressed on this enough to name names. “Mitch McConnell, and to a degree, Paul Ryan. They do not want Donald Trump’s populist, economic nationalist agenda to be implemented.“, said the man who provided the platform for the alt-right.

Let’s unpackage that for a second. What types of Republicans oppose populism and economic nationalism? Is opposition to those two leftist ideals exclusive to “the establishment” or “McConnell” and “Paul Ryan”, sort of… as the head of each branch of Congress? If the average Republican voter believed in populism and economic nationalism, why wouldn’t they be an average Democrat voter instead? After all, I gather that Bernie could have used a few more votes last year.

Populism as a political “philosophy” is a vapid, lifeless, utterly rudderless appeal to the masses not rooted in any first principles. It’s been at home on the left since our country’s current major parties were named. Democrats take their name from Democracy while Republicans get their moniker from Republics. Our founders to a man were terrified of the concept of unchecked democracy, which they saw as the “tyranny of the majority” and “mob rule”, which is why our Constitution has within it’s framework protections for the minority from the majority scattered throughout the entire work. It’s why the Republican Party began as an abolitionist movement, believing that there were some things, like slavery, that were wrong regardless of consensus of particular people at particular times over things like the peculiar institution.

“Men are not infallible; they err very often. It is not true that the masses are always right and know the means for attaining the ends aimed at. “Belief in the common man” is no better founded than was belief in the supernatural gifts of kings, priests, and noblemen. Democracy guarantees a system of government in accordance with the wishes and plans of the majority. But it cannot prevent majorities from falling victim to erroneous ideas and from adopting inappropriate policies which not only fail to realize the ends aimed at but result in disaster. Majorities too may err and destroy our civilization.”

What about the other Bannon brainfart, “economic nationalism”? Essentially, this is a fancy way of expressing protectionism and isolationism as a matter of policy. Republicans have supported free trade for decades, opposing tariffs while believing that a rising tide lifts all boats. It is Republicans who have pushed for free trade agreements, liberalization on trade with former Soviet Republics and cultivating cooperation with China, while Democrats have vowed to “protect” American workers from things they hate like competition and establish an American hermit kingdom.

Although Bernie famously said “Open borders? No, that’s a Koch brothers proposal, that’s a right-wing proposal, which says essentially there is no United States.”, Bannon is right when he talked about a rising anti-immigrant sentiment. No further proof is needed than Trump’s primary victory while talking about building walls to protect from a migrating horde full of rapists, drug dealers and some, he assumes, that are good people. But in terms of capital controls imposed upon other countries, they seem to save that for what they view as specific national security concerns rather than as a matter of overall economic benefit for us. When “classic” Republicans do support tariffs, what they are supporting is chemotherapy sanctions, meant to harm perceived enemies while realizing it will hurt our country as well in a way we can more easily weather. In essence, Republicans in general are protectionist on the movement of labor, while Democrats are protectionist on the movement of capital. Bannon is protectionist on both.

Will Bannon’s ideology change that of the GOP? I believe it already has, to a degree large enough to allow for Trump. Will such an infection prove permanent? I hope not, but that’s up to Republican voters. The extent that Bannon’s view is successful will directly and inversely correlate with Republican success moving forward. The party already seems stereo-typically white, agricultural, religious, and plenty of other identifiers that are on the wane regardless of what immigration controls are enacted to attack competition, growth, or to deny the inevitable. In one way, Bannon is right. Demographics are destiny. 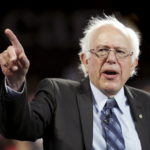