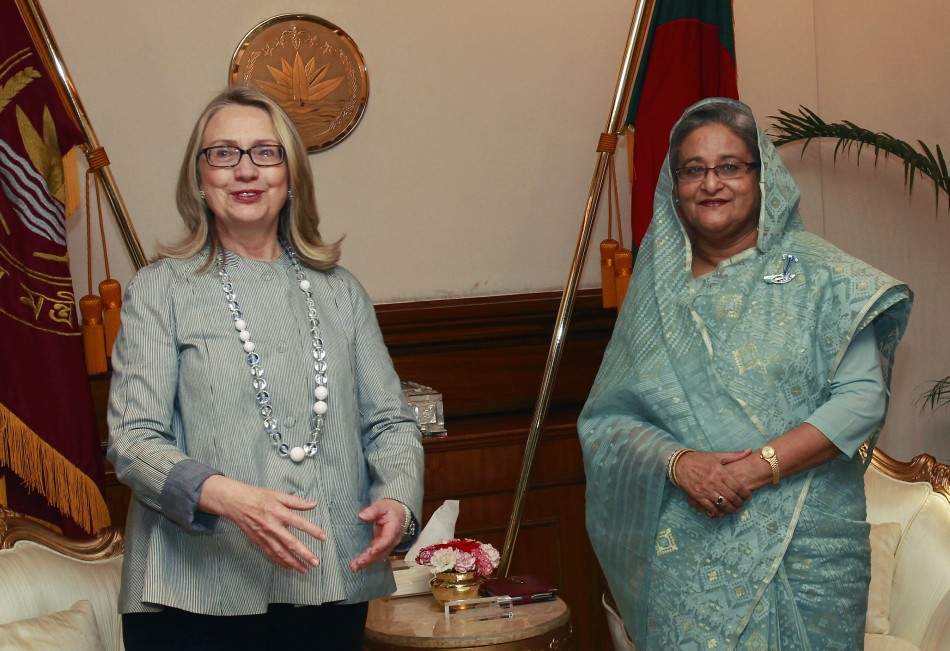 While secretary of state, Hillary Clinton made a personal call to pressure Bangladesh’s prime minister to aid a donor to her husband’s charitable foundation despite federal ethics laws that require government officials to recuse themselves from matters that could impact their spouse’s business, reports Circa.

The Office of Bangladesh Prime Minister Sheikh Hasina confirmed to Circa that Mrs. Clinton called her office in March 2011 to demand that Dr. Muhammed Yunus, a 2006 Nobel Peace prize winner, be restored to his role as chairman of the country’s most famous microcredit bank, Grameen Bank. The bank’s nonprofit Grameen America, which Yunus chairs, has given between $100,000 and $250,000 to the Clinton Global Initiative.  Grameen Research, which is chaired by Yunus, has donated between $25,000 and $50,000, according to the Clinton Foundation website.

“Former US Secretary of State Hillary Clinton telephoned Bangladesh Prime Minister Sheikh Hasina in March 2011 insisting her not to remove Dr. Muhammad Yunus from the post of Managing Director of Grameen Bank,” Deputy Press Secretary Md Nazrul Islam told Circa in an email.

According to the report, Clinton was made aware by Islam that the position of the Managing Director of Grameen Bank cannot be held by anyone older than 60 years of age, per their own rules and regulations. And since Yunus was 70 years old, he was no longer eligible to hold the position.

In fact, the Bangladesh government explained that “Dr. Yunus drew salaries and allowances illegally for 10 years.”

Yunus has not returned a request for comment. But he has long denied any wrongdoing and suggested his ouster was the result of internal politics, reported Circa.

Mrs. Clinton’s newly disclosed call to reinstate Dr. Yunus marks one of the most direct involvements in an official government matter that impacted one of her husband’s donors. It may trigger new calls for a criminal investigation into the foundation’s activities but “it’s not likely that anything would come of it,” said Richard Painter, former Chief White House ethics lawyer for President George W. Bush, according to Circa.

“People in public life shouldn’t be raising money from anybody, anywhere, or for anything,” Painter said. “But until we fix the campaign finance system this is the way it’s going to be.”

“This shows the Clinton’s insensitivity to the public’s anger and lack of judgement when they expanded the fundraising beyond politics,” said Painter.

The “Last Man Standing” Has Fallen