After the tour, Koo interviews Blair MacIntyre, a Georgia Tech professor who studies the special software that powers Pokemon Go. Much of Georgia Tech’s research into augmented reality is financially supported by grants from the NSF.

As of Monday, the Thursday video has fewer than 500 views on Youtube.

The NSF did not return requests for comment to The Daily Caller News Foundation on the amount of money spent on the game, or why visiting seven cities and four states to search for Pokemon was necessary. It is not clear how much money the agency spent on the video.

The NSF’s budget asked for $7.96 billion dollars in 2017, an increase of $500.53 million or 6.7 percent relative to last year. The agency wants to invests $16 million into a program called NSF INCLUDES, which will enhance the agency’s social media presence and making more YouTube videos.

PokémonGo is an augmented reality game that uses mobile devices and their GPS to find and train Pokémon in the same real-world location as a player.  The game rapidly became a global phenomenon in July, being downloaded more than 500 million times, generating more than $600 million in revenue after being on the market for only 90 days.

However, the game’s popularity didn’t endure for long, and it had lost 79 percent of its players by mid-September largely due to technical issues and the lack of much content in game. The NSF video wasn’t uploaded until early December, missing most of the game’s popularity. 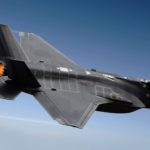 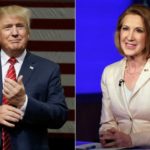 Fiorina Under Consideration For Director Of National Intelligence

Solar Company Goes Bust After Getting Millions In Taxpayer Cash