On April 7th, Senator Rand Paul posted a picture of himself in a white coat on Twitter, thanking his supporters the world over for wishing him the best after his diagnosis of having COVID-19. In the post, he explained he had now tested negative, and that he had decided to go back to his roots as a medical professional and volunteer at a local hospital to assist those that were sick.

I appreciate all the best wishes I have received. I have been retested and I am negative. I have started volunteering at a local hospital to assist those in my community who are in need of medical help, including Coronavirus patients. Together we will overcome this! pic.twitter.com/9SeypT7rL6

To most, this should feel like a superb act of charity and giving back to ones’ own community. Paul is a MD himself and has experience in the field, so why not use his experience for good and to aid his constituents in one of the most widespread pandemics the country has ever seen? Should he not be commended?

Of course he should, and by widespread comments from the conservative portions of Twitter, Senator Paul was commended. However, it didn’t take much scrolling to start seeing a different reaction to his post. Comments about how his neighbor was “right”, referencing the assault Paul suffered that resulted in serious injury to the senator, or how he is just an ‘optometrist’ and has no business in having anything to do with combating this virus, or literally wishing him ill.

In one of the darkest times any of us has seen, many critics of Senator Paul cannot even have the decency to commend him for his volunteer work simply because of his political affiliation. Of course, I highly doubt Senator Paul cares nor does it have any effect on the great things he has done in the Senate for the state of Kentucky or for the country, but comments like these truly show the polarized nature of the current political state we are in.

There is a pervasive mindset taking over the country that, not only can we not embrace our friends of another political affiliation, but we are at the point where we cannot even commend simple voluntary work that one of the most powerful men in the country is doing by his own free will. The man really should be at home recovering even further and spending time with his family from whom he was separated during his quarantine, but instead within days of getting better, he was out serving his community and contributing in ways a majority of us cannot.

Senator Paul’s post is just one example of many. We are all frustrated, angry, and pent-up emotions run high. But it is quite sad that in a time where the country should be celebrating acts such Senator Paul’s, there are still those who scowl at a good deed simply because he legislates differently than they would like. Now is the time to set aside partisan differences and appreciate the ‘helpers’ regardless of their political ideology.

When I was a boy and I would see scary things in the news, my mother would say to me, “Look for the helpers. You will always find people who are helping.”
― Fred Rogers 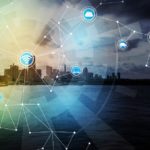 The Future of the IoT: Opportunities and Threats 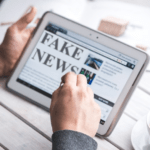