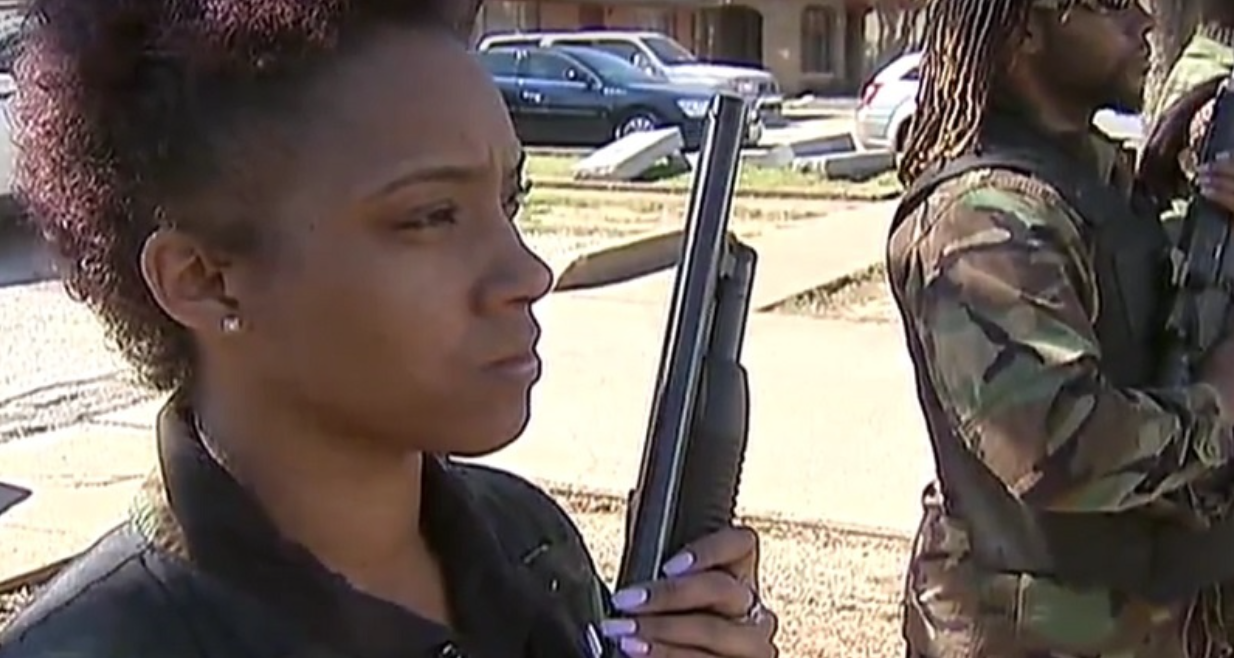 When the Bureau of American Islamic Relations (BAIR), an anti-Muslim hate group, showed up at a South Dallas mosque armed with guns to intimidate worshipers, the hateful protesters found themselves outnumbered by hundreds of heavily armed counter-protesters.

The counter-protesters were largely composed of members of the Huey P. Newton Gun Club, an organization dedicated to encouraging gun ownership in black communities, and the New Black Panther Party, which is also generally considered a hate group.

According to the BAIR Facebook event page, the goal of the event is to “Protest the Nation of Islam for promoting violence against Americans openly and publicly.” The page said that, “This is a full gear situation,” and that, “There are back up forces, staged strategically around the entire area.”

Yafeuh Balogun, a spokesman for the Huey P. Newton Gun Club, told Fox4, “We will not allow them to come to South Dallas with arms and intimidate our people. We’re taking a defensive posture, but we’re not threatening anyone.”

Police were on hand during the protest, which, thankfully, ended without incident.

Ensuring that communities can defend themselves when threatened by outside forces is the entire point of the Second Amendment. Historically, when a community is subject to intimidation, fighting-age individuals from the community are called upon to arm and organize themselves into a defensive force, referred to in our Constitution as a “militia.”

As demonstrated in this encounter, when two groups show up heavily armed, the stakes are high enough that it is more likely than not that neither side will do anything to intentionally provoke an actual deadly incident.

Libertarian Presidential Forum: What You Missed