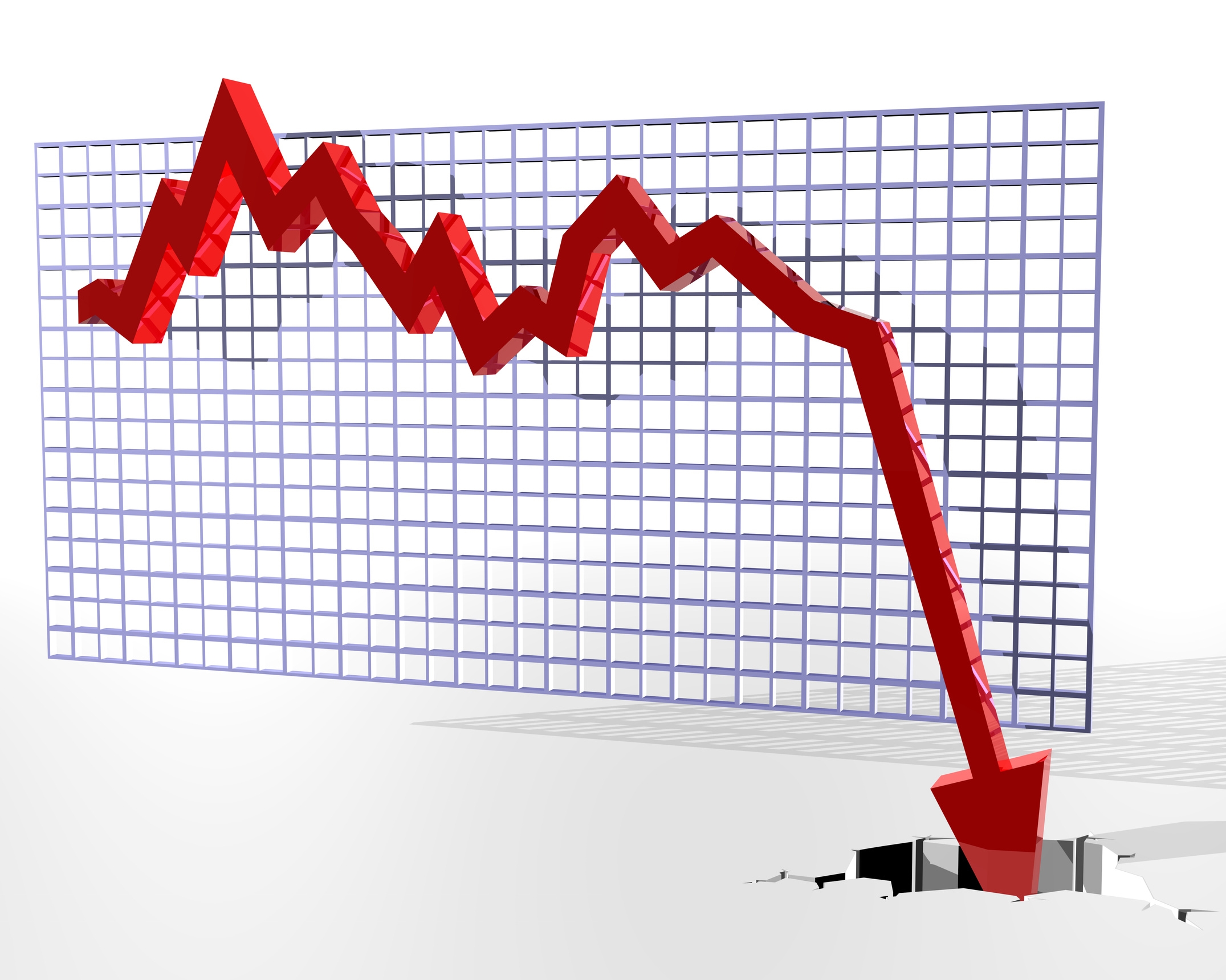 Cracks are emerging in the U.S. economy as economic growth dipped in the third quarter report released Thursday, marking slower growth than 2014 and renewing fears that the seven year recovery is faltering.

Gross domestic product (GDP) rose at just a meager 1.5 percent, a stark drop from the second quarter’s 3.9 percent growth rate. The Wall Street Journal reports that a reduction in private inventories was a big influence in the decline, signaling a lack of business confidence in future consumer demand. Some analysts said this could change in the following quarter, and pointed to encouraging consumer spending numbers.

“GDP was dragged down by a far smaller accumulation of inventories than in the second quarter, which is estimated to have reduced growth by 1.4%,” said Chris Williamson of Markit. “This could therefore reverse in the fourth quarter as stock levels are rebuilt.”

Overall however, consumer spending, business investment and home investment all contracted. According to The Guardian, experts across the industry have warned this may keep the Federal Reserve from raising rates in December.

Central banks around the world have followed the Federal Reserve’s lead and begun their own bond buying programs with low interest rates. European Central Bank President Mario Draghi has hinted that the ECB may expand its “money printing” program as European economies struggle, reports Market Watch. If the Federal Reserve raises interest rates while other countries are devaluing their currencies, the dollar will strengthen and U.S exports will suffer further.

The Department of Commerce growth report comes in an October than began with dismal jobs data. According to the New York Times the economy added just 142,000 jobs in September, marking three straight months under 200,000, unlike the 2014 average of 260,000 monthly jobs. The labor force shrank to a 38 year low and hourly wages in the private sector dropped.

Profits for U.S. companies are expected to decline for the second straight quarter for the first time since the financial crisis, adding to the poor economic data. The Wall Street Journal reports that companies have also been facing credit downgrades at the fastest rate since the recession, as corporate debt continues to mount.

Sivan Mahadevan, head of credit strategy at Morgan Stanley said, “The metrics that you measure health and credit by have peaked a while ago. They are beginning to deteriorate.”

The struggling economy in China and the devastation low oil prices have wreaked on the energy sector are also greatly affecting current economic growth. The Federal Reserve will meet on December 15 to decide the fate of U.S. interest rates.

Environmentalist: Saving The Earth Is Simple, Just Get Rid Of Most Humans