California’s November 15, 2019 lawsuit against EPA over its legal authority to impose higher automobile fuel efficiency standards than the rest of the nation is less about environmental protection and more about a fight for national leadership.

The federal government has the constitutional power to control interstate commerce, and its laws are the supreme law of the land. However, its real source of control over states is an ability to tax state residents, and then use its printing press to “persuade” states with federal grants to implement hundreds of federal programs never envisioned by the Constitution.

The conflicts between the sovereigns are significant; civil rights vs. free flow of commerce, right to travel vs. religious freedom, and cooperative federalism vs. autonomous state. The conflicts arise almost every day and involve issues as to how Americans will live, travel, speak and work. Examples illustrate this point.

California recently prohibited state-funded travel by employees to eleven states that do not have laws protecting against sexual discrimination of lesbian, gay, bisexual and transgender people.

California’s movie industry is boycotting Georgia over its abortion law. Georgia is home to 455 film and television projects that comprise a $9.5 billion movie industry. Moreover, California is attempting to lure back companies with tax-incentives.

In the absence of a federal data collection law, California passed the Consumer Privacy Act. It is the most expansive privacy law in the nation. It forces companies to reveal the data collected, provides users the right to delete data or opt-out of the sale of their data. It is likely that the technology industry will implement California’s law nationwide to ensure a uniformity of their operations.

The refusal by sanctuary cities to enforce federal immigration laws is the most notable of California’s resistance efforts. Following California’s lead there are now 9 states and 564 cities having sanctuary policies.

When President Trump stated the U.S. would withdraw from the Paris Climate Accord, California Governor Brown traveled to China as the de facto U.S. envoy on climate change – an act that infringes on the Constitutional prohibition on states entering into foreign treaties or alliances.   California also has a climate agreement with Quebec, Canada.

California’s most recent effort to impact national policy involves NCAA athletes. California will allow student athletes to trade on their name, or likeness, by promoting products; a practice currently prohibited under NCAA rules. This direct conflict between California and the NCAA impacts college sports nationwide.  College sports will have to choose between changing the rules to comply with California or bar California teams from playing in major sporting events. What happens to the Rose Bowl?

California sued the Trump administration’s over its travel bans, yet, it imposes its own travel bans on state employees for political differences with other states. What happens if all fifty states ban travel to California?

While a winner is unlikely, the nation’s massive federal debt will eventually force a practical separation of state and federal responsibilities. Out of fiscal necessity, the federal government will have to dramatically reduce the amounts it gives states to implement federal mandates – amounts that now equal 31% of state budgets.

As these funding reductions occur, states will reduce implementation of many federal mandates., The states will use their revenue streams to implement state priorities. The end result will be fewer federal mandates on states and a federal government that focuses primarily on federal issues, e.g. defense, banking, interstate disputes, and civil rights.

This devolutionary process will begin reducing eighty years of federal overreach and return our federal government to its constitutional origins – one of limited powers, operating in a system of cooperative federalism.

The winners will be the people of our country who will live under smaller government, closer to them, and a federal government focused on essential federal functions. 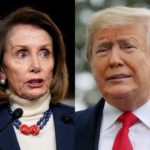 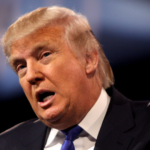 Log in to Reply
buy cialis online overnight shipping September 2, 2020 at 7:12 am