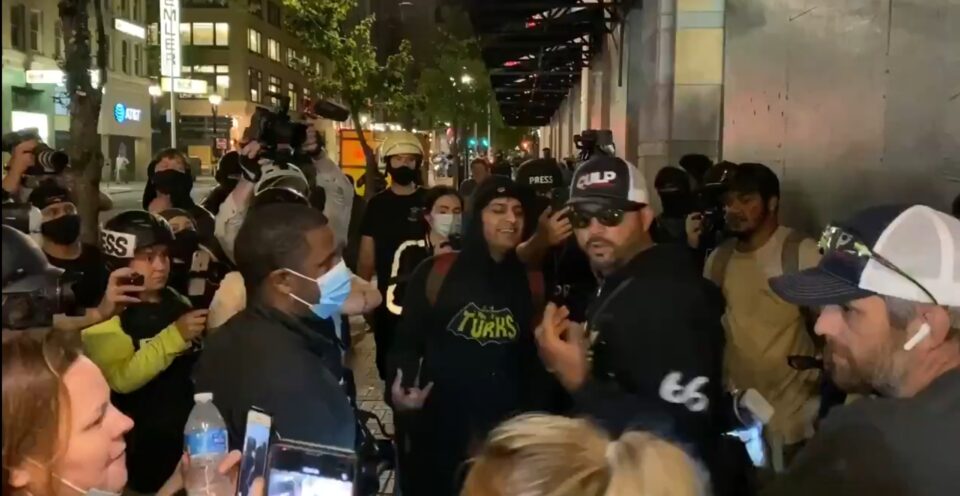 UPDATE: Now that the next of kin has been notified, we are revealing that the deceased man’s name is Aaron “Jay” Danielson. 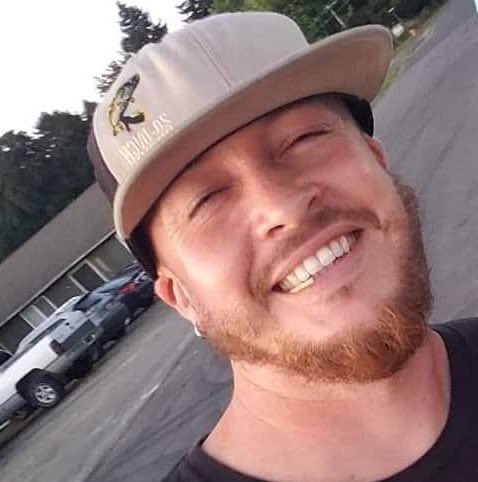 On Saturday night, Joey Gibson of Patriot Prayer was surrounded and mobbed by ANTIFA on the streets of Portland.

This was shortly following the shooting death of a conservative activist who was with the Patriot Prayer Group.

After the shooting took place, ANTIFA members surrounded Gibson. They followed him and continued to assault him while he was attempting to leave.

Antifa Militants assault Joey Gibson with @PatriotPrayerUS and try to force him out of Downtown Portland. #PortlandProtests #portland pic.twitter.com/GLtPhSfj3n

Gibson and his friends seek refuge in the gas station. In the first of the two below videos, you can hear a protester yell, “everyone out of the gas station! Fucking idiots. Gas is fucking flammable!”

Antifa is breaking down the windows of the gas station where Joey Gibson is hiding out. #Portland #PortlandProtests pic.twitter.com/b24aFMz7Cs

According to some, ANTIFA was going to attempt to set the gas station on fire, which explains the comments heard in that video.

Cops showed up just in time… after the mob chased Joey Gibson into a chevron after attacking him… they were making plans to catch the gas station on fire and began breaking the windows… but the police showed up and they scattered! Thank God.

They almost just killed Joey Gibson. He and the two people with him were getting beaten and managed to duck into a gas station. Antifa was about to torch the place when police showed up.

Below is a video clip where the sounds of gunshots from the shooting can be heard.

Here is video recorded from a distance of the shooting. pic.twitter.com/wtxItCDMay

Below is a direct video of the shooting. While it is hard to tell exactly what is happening, there are two shots fired.

A mist cloud appears just prior to the shots being fired, appearing as if the victim attempted to mace the shooter just prior to being shot twice.

It sounds as if someone is shouting “we have one right here! We have a Trumper right here!”

The mist is then deployed followed by the two gunshots.

It is confirmed that mace was deployed prior to the shooting.

It is also confirmed that the victim wore a Patriot Prayer hat.

If you can find photos or videos of this person, please share. pic.twitter.com/NdBroi9fH4

According to Andrew Duncomb, a conservative activist, the deceased was a friend of his.

Just heard that the man killed is affiliated with my group. Just had drinks with him last Saturday.

I know 2 people who were witnesses to the murder of our fellow Patriot. Everyone else who was from our group had been accounted for.

The Libertarian Republic has also confirmed with Joey Gibson himself that the deceased was a friend of his.

ANTIFA originally claimed that the victim was one of theirs.

Antifa are claiming that the deceased person is one of theirs and that the shooter is a fascist. There is no evidence that suggests this right now. I repeat, no evidence at this moment suggests that is true. #PortlandRiots pic.twitter.com/lLyZ8C3JsP

When it turned out that the deceased was a Conservative activist and not ANTIFA, how did ANTIFA respond? Did they change their tune? Glad you asked.

“I am not sad that a f—ing fascist died tonight,” says a woman at the antifa gathering in downtown Portland. The crowd laughs and cheers. The ID of the deceased is not confirmed but he is believed to be a Trump & blue lives supporter. #PortlandRiots pic.twitter.com/XV6471FSuF

Looks like the person that got shot and killed was a patriot prayer chud. pic.twitter.com/Iw9eXlplCO

I just saw the photo of the dead guy wearing a patriot prayer hat, can confirm this is legit.